Don’t take no for an answer!

Day two of the Alzheimer’s Association Advocacy Forum started at 4 a.m. PST. The team from California was blurry eyed but ready to tackle a program jam-packed with great speakers.

Following a rousing roll call of states in which chapters from around the country shared their advocacy successes from the past year, participants learned about the latest and most promising Alzheimer’s research breakthroughs from William Theis, chief medical officer with the Alzheimer’s Association.

“In the next eight months we are going to see some reports about stuff we really need to pay attention to,” he said.  “We’re not talking about things coming in 15-20 years.”

He talked about two studies on monoclonal antibodies that will be coming out in about eight months that will show the results of these potentially groundbreaking treatments. He also covered new therapies that are in phase three clinical testing and the future of diagnostics.

“We’re all frustrated that progress doesn’t come fast enough,” he said. But then he put things in perspective by using the timeline for Lipitor as an example:

“This suggests we’ve got 90+ years that we’ve got to go from the first ideas to a treatment,” he said. “And modern Alzheimer’s disease research didn’t start until the 1970s.”

He also talked about the Alzheimer’s puzzle, acknowledging that like other diseases such as hypertension, just one treatment will likely not help every person with the disease simply because there are so many factors influencing the disease. 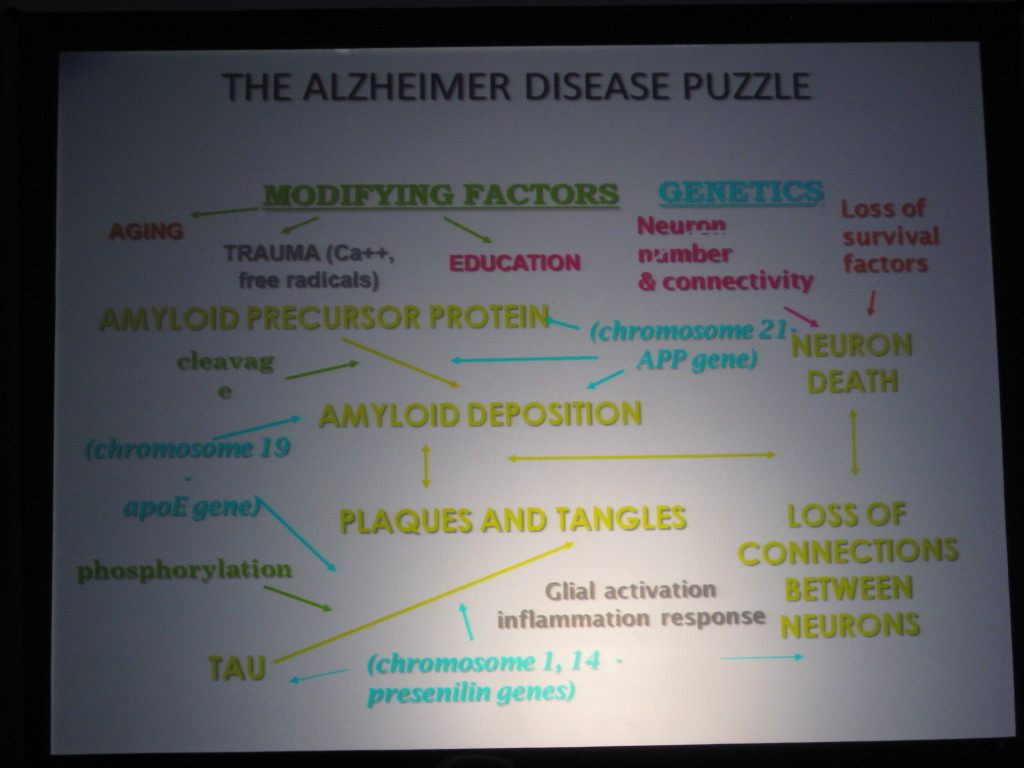 “When Amyloid therapies come online we won’t be done. There will be more to do but we’ll be closer to the end,” he said. And what determines the rate at which we get new treatments? The bottom line is research funding, which is part of why we are all in the room today.

We were then joined by Frank Luntz, Ph.D., political commentator and pollster, one of the most honored communications professionals in America spoke about how to approach Capitol Hill. His presentation took a no holds barred approach to legislative visits.

“I don’t want you to leave those offices unless you make sure they make a commitment to do whatever it takes so that you don’t have to have more of these meetings,” he said. “Don’t applaud yourself until you get it done; the applause is when you get the commitment and not just when you make the effort.”

He then walked through what he calls 21 Alzheimer’s words for the 21st Century. These are a series of words and key phrases to use specifically during this event’s meetings to help illustrate the Alzheimer’s cause and really reach the heart of the staffers and legislators we will be meeting with.

He started with the word imagine.

He made his way down the list of phrases, reminding the room “Do not think of yourself as a lobbyist or an advocate or educator. In this situation you are a human being and trying to get into his/her head what this means.” 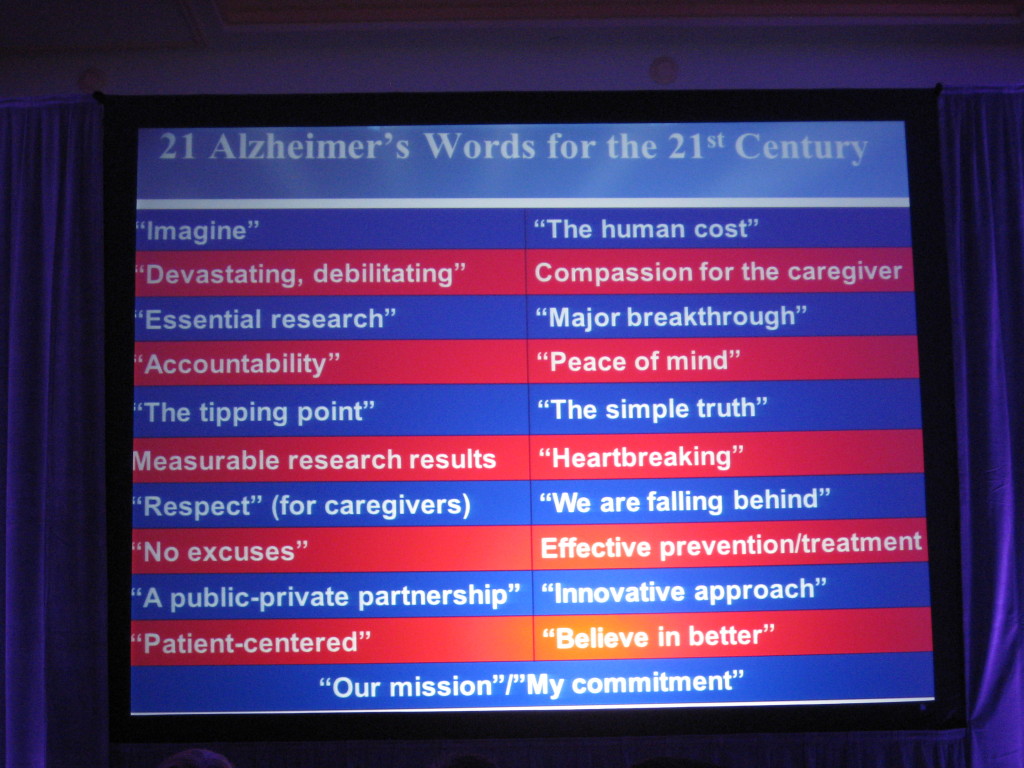 He also talked about a different ask at the end of a meeting – an approach that will be different for many advocates this year.

He also went over more key words and phrases our advocates could use to increase the emotional impact of legislative meetings, phrases meant to “individualize, humanize and personalize this challenge.” 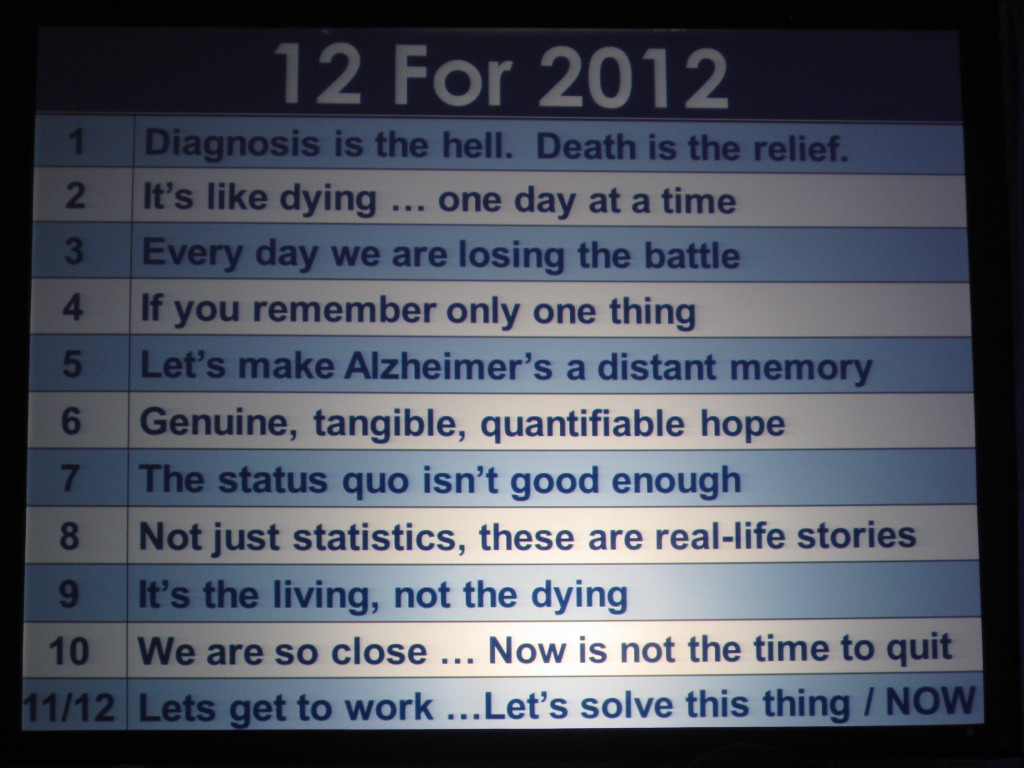 “This is a long term fight, today is only the first day of the rest of that fight,” he said. “Tell your story, tell it well, don’t accept no for an answer.”