Researchers Successfully Decrease Use of Antipsychotics in Dementia Care 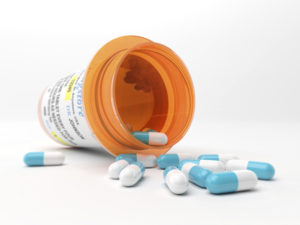 In just six months, Australian researchers were able to eliminate psychotics from the treatment of 75 percent of patients studied, by training long-term care facility nurses in people-centered approaches. The results from the innovative project, based in Sydney, were presented at the Alzheimer’s Association International Conference (AAIC) 2016 in Toronto yesterday.

The researchers from the University of New South Wales recruited 140 residents from 23 long-term care facilities who were on regular antipsychotic medication, despite not having a primary psychotic illness. Concurrently, the project trained facility nurses on how to manage neuropsychiatric symptoms using person-centered, non-pharmacological approaches. Of the 140 residents recruited, 75 percent remain off the antipsychotic medication up to 6 months following initial reduction, with a 12-month follow up data to come.

“Deprescribing of antipsychotics in long-term care residents is feasible, however, challenges still exist regarding sustainability and culture of prescribing in aged care,” said Henry Brodaty, MD, DSc, of the Dementia Collaborative Research Centre, University of New South Wales, Sydney, Australia. Brodaty added, “Often there can be cultural and logistical barriers to moving away from antipsychotics in aged care settings, but we hope the results of this project will serve as a positive example towards a more person-centered approach globally.”

“There is broad consensus that using antipsychotics to treat dementia symptoms should be a last resort,” said Beth Kallmyer, MSW, Alzheimer’s Association vice president of constituent services. “These medicines must be used very carefully because they can blunt behaviors and cause sedation, and they carry serious safety concerns, such as increasing the risk of falls and death. Unfortunately, we still see a systematic use of these drugs in residential care facilities in the United States and around the world. With the right type of care strategies in place, difficult-to-manage behaviors are greatly reduced and the need for the drugs is significantly decreased – as was seen in this study.” 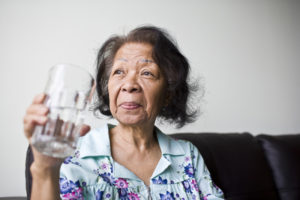 According to the American Society of Consultant Pharmacists, more than half of nursing facility residents in the U.S. have some form of dementia, many of whom experience behavioral and psychological symptoms. These behaviors, which can pose significant challenges for both residents and nursing facility staff, are often best treated with non-pharmacologic measures such as environmental changes.

Despite these challenges, more than 25 percent of patients in nursing facilities still receive antipsychotic medications, according to the Centers for Medicare and Medicaid Services (CMS). Evidence documenting the clinical efficacy of antipsychotics, however, is variable.

That is why the Alzheimer’s Association is participating with the Centers for Medicare & Medicaid Services (CMS) in the National Partnership to Improve Dementia Care in Nursing Homes. The goal is to find new ways to enhance the quality of life for people with dementia, protect them from substandard care and promote goal-directed, person-centered care.

Since the launch of the partnership, significant reductions in antipsychotic use in long-stay nursing home residents have been documented in the United States. The most recent use trend update reports that in 2011, 24 percent of long-stay nursing homes residents were receiving an antipsychotic medication. That number was 17 percent in 2015, which accounts for a 29 percent decrease.