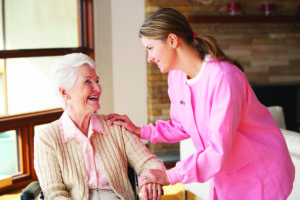 Important health policy and health economic research findings were reported last week at the Alzheimer’s Association International Conference 2016 (AAIC 2016) in Toronto, that shed light on system changes that may lead to potential costs savings, increased survival and reduced burden of Alzheimer’s disease – on individuals, families and the healthcare system.

One study revealed that even without a treatment that changes the underlying course of the disease, there is an economic benefit of ensuring people with Alzheimer’s receive the current standard of care for indicated medications. The study showed that treated patients cost the healthcare system less than those who do not receive medication for Alzheimer’s disease. They also had lower mortality rates during the study compared to untreated patients.

“The new results support that early Alzheimer’s treatment – even with today’s first generation therapies – has significant potential to benefit the person with the disease, and the economy,” said Maria C. Carrillo, PhD, chief science officer, Alzheimer’s Association. “Today, Alzheimer’s is incurable and progressive, and some assume that treating dementia is an unjustified cost drain on our healthcare system, but this study presents compelling arguments for prescribing the standard of care.”

Because there is currently no treatment that changes the underlying course of Alzheimer’s disease, few studies have examined existing medical therapies for their economic and mortality impact, including comparing treated versus untreated people with newly diagnosed Alzheimer’s disease in the U.S. Researchers sought to understand all-cause mortality rates and healthcare costs among people with Alzheimer’s disease. They identified 6,553 individuals, mostly female (74.5%), average age 83, from Medicare fee-for-service claims over two years. Participants were followed until death, disenrollment or the end of the study period – whichever happened first. Patients were assigned to Treated and Non-treated groups based on whether they were prescribed an existing Alzheimer’s drug after diagnosis. Groups were matched based on demographics and health status.

The researchers found that, among 1,338 matched patients:
â— Those who had never been treated were generally older,and had a death rate that was almost twice as high as the people who received treatment during the analyzed time period.
â— Healthcare expenditures were higher for the people who did not receive an Alzheimer’s treatment. 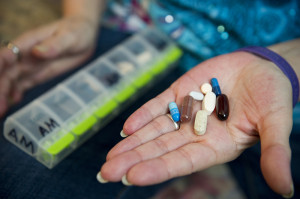 Average health care costs more than tripled in the first month following an Alzheimer’s diagnosis for all study participants. Those receiving an Alzheimer’s treatment had lower overall health care costs in the month they were diagnosed compared with those who did not receive a treatment ($5,535 vs. $6,711). Following the month of diagnosis, all-cause healthcare costs decreased but the average cost per-patient per-month still remained considerably higher than baseline.

The biggest contributor to this cost increase was inpatient care, which accounted for 30% of the total expenditures for both groups. Though individuals who initiated taking medications approved for treating dementia experienced an increase in pharmacy costs, on average, their total health expenditure was less than the individuals who did not take approved medications ($2,207 vs. $2,349 per patient per month) during the follow”up period.

“The arguments for early treatment are myriad, but this study shows greater survival and less all-cause healthcare costs among those receiving treatment for dementia,” said Christopher M. Black, MPH from Merck Research Laboratories. “These results indicate that choosing not to treat, or even a delay in starting treatment, may lead to less favorable results. Early diagnosis and time to treatment should be a priority for policymakers, physicians and the public.”