Kathleen Sebelius: It’s not an exaggeration to call Alzheimer’s a public health crisis in our country 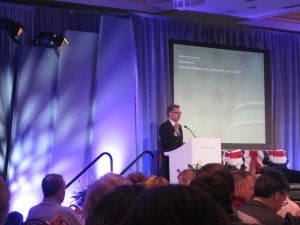 To illustrate the fact that Alzheimer’s is a bi-partisan issue, Harry Johns started today’s lunch session by asking the Democrats in the room to applaud. He then asked Republicans to applaud. It became evident pretty quickly to everyone in the room, that the number of advocates from each party was fairly even.

He then invited former Kansas Congressman Dennis Moore back up to the stage to introduce the next speaker. Dennis, who spoke at last night’s Rally to Remember, represented Kansas’ Third Congressional District from 1999 to 2011.

“A few months ago, I was diagnosed with early onset Alzheimer’s,” he said. “It’s something I didn’t want to hear but (my wife) Stephanie and I wanted to turn it around into something positive.” With that, he introduced former Kansas Governor, friend and Secretary of Health and Human Services Kathleen Sebelius. 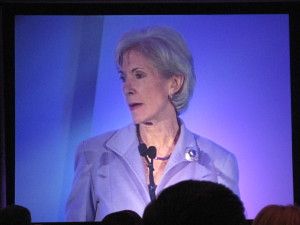 “It’s been a century since Dr. Alois Alzheimer discovered this disease, but as the research has progressed and we continue to learn more, Alzheimer’s has never attracted sufficient attention or resources,” she said. “It’s not an exaggeration to call Alzheimer’s a public health crisis in our country and around the world. But it’s a crisis that can no longer and should no longer remain hidden in the shadows.”

She announced that the final version of the National Alzheimer’s Plan will be released in May. “This is not just another strategy to be put on the shelf; we are committed to making this a living, breathing action plan that will help us defeat this disease by 2025.”

She reviewed some of the Alzheimer’s funding commitments recently made by President Obama and talked about some of the outcomes we could expect to see from those commitments.

“The time to take on Alzheimer’s is not after the next election or the next budget, but right now. Too many people for too long suffering with Alzheimer’s felt ashamed and alone; too many families felt there was nowhere to go for help,” she said. “In the fight against Alzheimer’s, the Obama administration wants to be a partner and we’re in it for the long haul.”

Her conversation led directly into a town hall style session with the Alzheimer’s Advisory Council, a group that is responsible for advising the department of Health and Human Services on how to move forward with the national Alzheimer’s Plan. The group encouraged people to visit http://aspe.hhs.gov/daltcp/napa/ to give their feedback on the plan. During the last draft version, they received 3,700 comments through the web site.

Finally, we were joined by national Advocacy staff, which reviewed the two main asks we would be making at the legislative visits tomorrow morning. 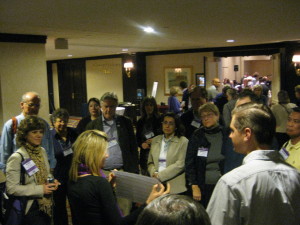 But of course, the ask is rarely that simple, so the large group broke up into smaller sessions to participate in a more in depth Q&A session about how to talk about these issues and how to answer questions from legislators. They then met with their legislative teams to go over logistics and plan their meetings. 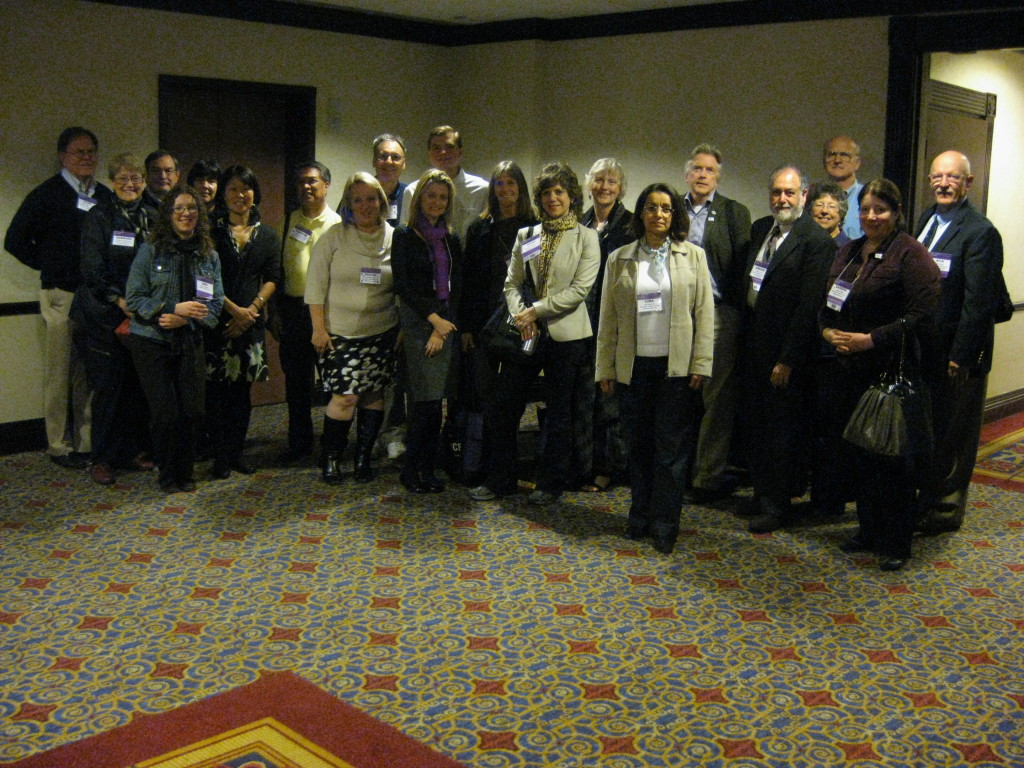 Advocates from our Chapter pose for a group photo

Stay tuned for more about the forum at www.alz.org/forum and check back here for an update on tonight’s session featuring guests Jane Seymour and Pat Summitt!