Portia Stewart was working as a film editor in Los Angeles in 1997 when she got the disturbing news that her mother Doris had suffered a major stroke. The left side of Doris’s body was paralyzed. Portia flew back home to Berkeley immediately.

Over the next several months, Portia traveled back and forth to help with her mother’s care. With Portia at her side, Doris was released from the hospital to a rehabilitation center for therapy. She was discharged about a month later because she was not making progress.

The addition of cognitive symptoms
“It was once my mother came home that we realized that dealing with the physical attributes of being paralyzed was the easy part,” Portia says today. “Soon after, my mother began to develop cognitive impairment that led to dementia. Dealing with my mother’s dementia was much harder than dealing with her other health issues.”

Portia had just begun the bewildering, frustrating and at times infuriating journey that so many families experience. Many caregivers do not receive training or support to prepare them to care for loved ones with Alzheimer’s disease or other dementias.

A nation ill-prepared
In fact, Alzheimer’s experts and advocates contend that the American healthcare system is ill-equipped to tackle our nation’s growing Alzheimer’s epidemic. This situation will only get worse unless Alzheimer’s is treated as a national public health crisis. 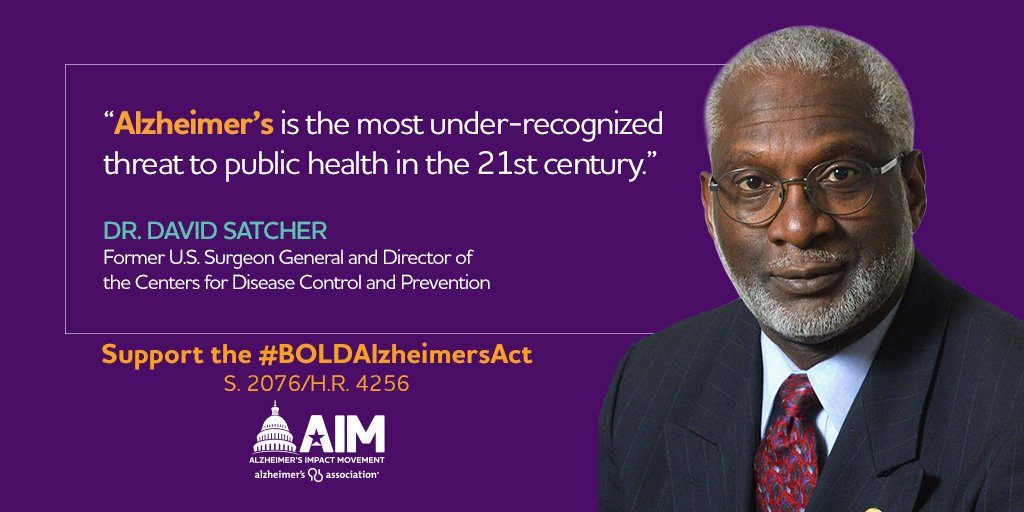 Alzheimer’s is already the most expensive disease in America, with an annual price tag that is expected to exceed one quarter of a trillion dollars this year. That total annual cost translates to $277 billion in direct costs, including $186 billion in Medicare and Medicaid payments. The average lifetime out-of-pocket cost for a family of four to care for a loved one with Alzheimer’s? Nearly $342,000.

“It is a public health crisis,” said Ruth Gay, chief public policy officer for the Alzheimer’s Association, Northern California and Northern Nevada Chapter. “5.7 million people in our country are living with a disease that has no cure, no disease-altering treatment and is one of the leading causes of death.” In California, for example, Alzheimer’s is the fourth leading cause of death, trailing only cancer, heart disease and stroke.

Most don’t realize how deadly Alzheimer’s is. “People don’t know this is a neurodegenerative disease,” she said. “In the beginning, people lose memory and the ability to manage day-to-day functions. But the disease progresses to the point where people lose their balance and their ability to walk and communicate. Eventually, they lose the ability to swallow and manage their bodily functions.”

A BOLD idea
In response, Ruth, Portia and other Alzheimer’s public policy advocates nationwide are working for passage of the Building Our Largest Dementia (BOLD) Infrastructure for Alzheimer’s Act (S. 2076/H.R. 4256). The legislation would call on the federal Centers for Disease Control and Prevention to establish a grant fund to help state departments of public health develop centers of excellence in the community focused on Alzheimer’s and other dementias. 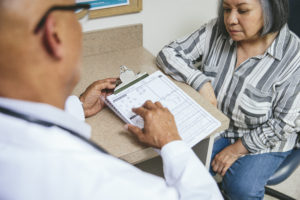 As envisioned, those centers would boost the public’s and the health care industry’s understanding of Alzheimer’s and publicize warning signs. They would encourage earlier detection of symptoms and more accurate diagnoses of the disease.

These steps would lead to swifter access to better care and support for families. The centers would also improve data collection on the economic, societal and medical impacts of Alzheimer’s.

Already, Alzheimer’s researchers and advocates know that blacks/African Americans, Hispanics/Latinos and women face a significantly higher risk. “We need to understand why these disparities exist, is it access, genetics or other factors?” Gay asks. “And what should we be doing differently with these populations? Are there health-related best practices that could help manage the disease more effectively, help people understand the symptoms and bring costs down?”

Planning at the state level
In California, Alzheimer’s public policy advocates are spending the fall shaping their agenda for the state Capitol in Sacramento. The focus will be on strengthening the ability of California’s public health departments to respond to the BOLD Infrastructure for Alzheimer’s Act and respond in other ways to be a national leader.

Ruth pointed out that that more than 30 years ago, California put itself on the front lines of Alzheimer’s. In 1984, the state established 10 Alzheimer’s disease centers based at major universities, including UC Davis, UC San Francisco and Stanford University.

Lacking an early diagnosis challenges caregivers
Portia Stewart has first-hand experience of the importance and value of an early Alzheimer’s diagnosis, and how that knowledge can lead to a smoother, less painful and more informed approach to caregiving. 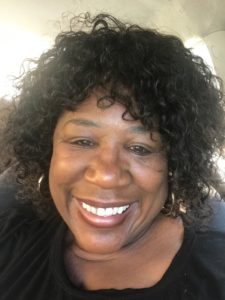 When Portia moved in with her mother to lead and coordinate her care, she knew nothing about Alzheimer’s. She often found her interactions with healthcare professionals to be frustrating.

Uninformed doctors prescribed Doris Stewart drugs that made her more agitated and combative. Agencies sent health aides who had little knowledge or experience working with someone who had dementia. And therapy was of no benefit because Doris was too heavily medicated.

Portia began educating herself. She read books, joined a support group and also reached out the Alzheimer’s Association, where she became a volunteer advocate.

A more prepared caregiver the second time
The following year, Portia’s aunt Dorothy — who was Doris’s twin sister — began showing signs of cognitive impairment. This time, Portia was more prepared to assume the role of caregiver.

“Because of all the experience and knowledge I’d gained with my mother,” she said, “I began noticing changes in my aunt’s behavior. She would drive over and leave the car door open or not know where her purse or wallet was.” Dorothy’s neighbors also alerted Portia to the fact that her aunt was leaving her front door open.

This time, Portia wasted little time in getting her aunt Dorothy to a neurologist. She came prepared with facts and documented behavioral patterns, for the medical exam and testing.

“The early diagnosis of Alzheimer’s disease was a lifesaver,” Portia said, “because we were able to get my aunt’s affairs in order. With that, everything went more smoothly.

“My sister [Belinda] and I made all the decisions along the way. We made decisions together and we involved the extended family.”

Dorothy passed away in her home, under hospice care, in December 2017. She was 95.

A model for a public health response
Ruth points to the nation’s response to the HIV/AIDS epidemic as a model that Alzheimer’s advocates hope to emulate. Advocates want to:

Public health plays a huge role in the health of a community. With HIV, standards were developed to improve early detection, diagnosis and best practices in how to live with the disease.

Public health also provided information about warning signs and how to prevent or reduce risk for developing HIV. It’s time to do the same with Alzheimer’s disease.

It is essential that public health agencies provide guidance and assistance for people to adjust their lifestyle choices, reduce risk, identify and publicize warning signs, and get a comprehensive diagnosis and care plan if they are affected. When disease-altering treatments become available, treating people early will be essential to maintaining cognitive health.

“For many years, Alzheimer’s has sort of been an invisible disease,” Ruth said. “People didn’t talk about Alzheimer’s. There was a stigma and, unfortunately, some of that stigma remains today. But that is changing. We are able to respond to Alzheimer’s more capably and people living with Alzheimer’s are participating in their care, planning for their future and advocating for change.” 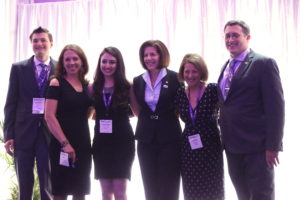 Researchers’ understanding of the brain, of brain health and how to improve cognitive function is better than ever before. Young people are turning to research in this area, and clinicians have a growing ability to view the living brain as they never have before.

The role of public health is key. If Congress passes the BOLD Act, it will be the first step in creating an infrastructure of best practices in care and treatment for Alzheimer’s that is available to everyone, in every community.

The Alzheimer’s Association is leading this effort to eliminate stigma and improve the lives of those living with this disease — until there is a cure. There are currently 210 cosponsors of the BOLD Act in the House of Representatives and 52 cosponsors in the Senate. You can encourage your members of Congress to cosponsor the bill. Learn more about advocacy volunteer opportunities.

Support for those living with Alzheimer’s and other cognitive impairments