The paper trail can be daunting!

I recently found myself overwhelmed by paperwork. I had scrambled to get benefits from Social Security and long term disability insurers. I thought I was doing pretty well until an insurance company sent me a letter saying that they had overpaid us by more than $2,000! Luckily John’s lifelong habit of making copies of checks eventually allowed me to verify this debt. However, it took me three days of combing through every box, stack of paper, file drawer, back pack and briefcase to find all the file copies of those deposited checks. Once I had them in chronological order, I saw immediately that yes, they had indeed overpaid us. It taught me a lesson, actually two. 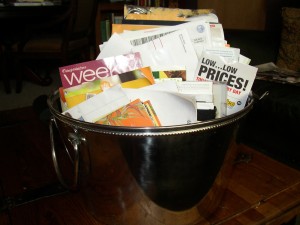 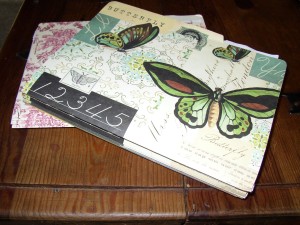 I learned that like it or not I had to keep detailed files. I needed to literally create the official paper trail of the progression of John’s illness: the appointments, the meds, the notices and announcements, the decisions, the actions and all the rest.

This caused a problem for me because John was the filer in our family. Until then, my idea of keeping files was stuffing papers into an empty cardboard box and storing it with the rest of the previously stuffed cardboard boxes. I knew I could count on John to photo copy any check that came to our mailbox. In fact I just found eight copies of the same check. Knowing I’m not good at filing I had to try to make the experience more palatable. To that end, I decided to by myself some very beautiful file folders. Some have birds, others flowers or patterns. I’ve noticed I feel better looking at them and that in turn makes the task less tiresome.

The second lesson came when I spoke to the insurance company to negotiate a pay back plan. I realized I didn’t really know how long my husband was to receive payments from his former employer’s long-term disability policy. How did I let that piece of information slip past me?

I discovered it was four years instead of two. I actually burst into tears when I heard this news. During this conversation with a very nice adjuster, I also was told that the company had a buy-out option: which was offered, but I didn’t take.

The upshot was I suddenly felt like we had liquid assets. If we ran into a monitory emergency there was another option to consider besides a credit card. What a gift.