Can someone with Alzheimer’s be held accountable for shoplifting? 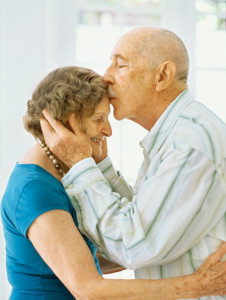 We received a call a few weeks ago from one of our volunteer support group facilitators who was working with a woman who had a distressing experience while out in the community with her husband who has Alzheimer’s disease. We’ll call her Jane and we’ll call her husband John.

Jane and John were shopping at a local department store one afternoon when, unbeknownst to Jane, John took a candy bar from a display. As they exited the store, they were stopped by a security team, which had observed John taking the candy bar on security cameras.

Now, this isn’t the first time something like this had happened to a family with Alzheimer’s disease. For example, we heard a recent example from a family that was in a local grocery store. When staff stopped the individual with Alzheimer’s, their caregiver explained that the person had Alzheimer’s disease. The staff recognized the person’s condition and responded in a kind and accommodating manner. They snapped a photo so they would have it on file and know that for future reference, this individual was not a shoplifter, merely someone who is cognitively impaired.

Jane has always made it a priority to always keep a close eye on John to prevent something similar from occurring. On the day they were shopping in the department store, Jane looked away for just a moment, but it was enough time for John to pocket the candy bar.

Jane tried to explain to the security team that her husband has Alzheimer’s, but they insisted on separating the two of them. They interrogated John alone for an hour before allowing him to reunite with Jane. They were told they were banned from the store and that they would need to pay a fine of $450 if they did not want the matter pursued with authorities.

Feeling humiliated, angry and frightened, Jane called her Alzheimer’s Association volunteer support group facilitator for help and guidance. The facilitator then contacted Alzheimer’s Association staff and explained the situation. Staff leadership worked directly with Jane to learn more about the situation, then wrote a letter to the Vice President of the store explaining John’s condition. Upon receipt of the letter, the store immediately dropped the fine and ban. The response from the security team, which was under contract with the store, was that John ” didn’t look like he had Alzheimer’s.” The Alzheimer’s Association has offered training to both the security company and the store in the hopes that they will be able to more appropriately handle such situations in the future.

However, in so many ways the damage has been done. Jane still feels anxious about the event and avoids bring John to public places where something similar could happen again. This is truly sad as we already know that Alzheimer’s can be isolating for both the person with the disease and their caregiver. I cannot stress enough how this situation illustrates the need for more awareness of this disease in the community at large.

Until we reach that point, something that may be helpful for Alzheimer’s families is to keep a number of Alzheimer’s Association courtesy cards with them at all times. These are business cards that state “My companion has Alzheimer’s. Your understanding is appreciated.” The card is also stamped with the Alzheimer’s Association logo, Helpline number and web site and can be handed out to customer service, security and other personnel if needed.