Teams showed their love and creativity on The Longest Day

Participants turned their passions into fundraisers to support Alzheimer’s care and research.

Over 240 teams from our chapter participated in The Longest Day in 2018. Coffee roasting, dancing, crafts, hiking and bridge were just a few of the activities. Participants in our chapter have raised over $332,000.

A volunteer committee led our chapter’s efforts with support from Steven Krzanowski, our Constituent Events Manager. “We are so appreciative of the wonderful work of team captains, event hosts and individuals, as they turned their passions into fundraising opportunities,” shared Steven. “Their efforts directly impact our ability to provide funding for care and support, while advancing Alzheimer’s research.” 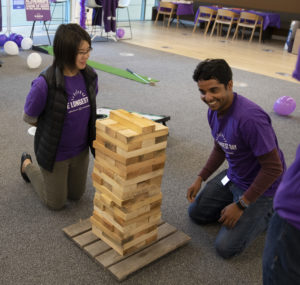 The committee encouraged teams to think of an activity they enjoyed or one that their loved one with Alzheimer’s had enjoyed. Then they looked for ways to turn them into fundraisers. Here are some of the activities and events our participants planned: 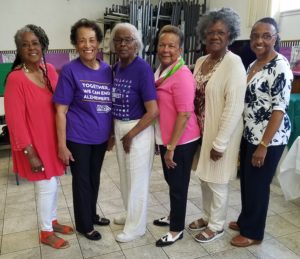 Some groups, such as the Alpha Nu Omega chapter of Alpha Kappa Alpha Sorority, Incorporated, planned multiple activities. Their theme was: Let’s Move, Let’s Learn. “We had a full day of activities including a light breakfast and lunch,” said Rose Mary Towns. “We started with brain games, watched a movie about Alzheimer’s and ended with line dancing.”

“It’s inspiring to witness how so many of the fundraisers throughout our chapter honored those who have been impacted by Alzheimer’s and other cognitive impairments,” said Steven.

A few highlights
We put together a slideshow with some of the photos from The Longest Day events.

Companies joined in
Many companies got involved, either by forming a team or by donating a portion of their proceeds to the Alzheimer’s Association. BJ’s Restaurant and Brewhouse locations throughout the country and The Fish Market restaurants across California both participated, as did many other individual businesses.

State and local governments participated
Local and state governments also got into the act. Assemblyman Brian Maienschein authored Assembly Concurrent Resolution 239, recognizing June as Alzheimer’s & Brain Awareness Month and June 21st as The Longest Day. During the presentation, several other Assemblymembers shared their personal stories and commitments to take action. City councils and boards of supervisors also created proclamations. The California Department of Consumer Affairs shared information on their website.

The fun continues
Not all events happened on June 21. Some occurred earlier in the year and some are still taking place. Anne Burris hiked through Scotland, to honor her mother.

What activity do you enjoy? We can help you turn it into a fundraiser for Alzheimer’s research, care and support. Sign up for The Longest Day by February 28 and get an upgraded t-shirt.