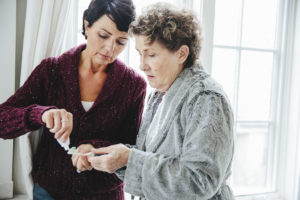 According to the Services & Advocacy for GLBT Elders (SAGE) organization, there are an estimated 1.5 to 3 million lesbian, gay, bisexual, and transgender (LGBT) elders nationwide. A recent report by the Institute for Multigenerational Health shows why LGBT adults are an at-risk and vulnerable population. Those over the age of 50 are more likely to be single and live alone. They may be at higher risk of experiencing isolation because they are more than four times as likely as heterosexual older adults to be childless.

In addition, caregiving support is limited for many LGBT older adults as a result of reduced family support and fear of discrimination in healthcare and legal services. That in turn can lead to depression, poor nutrition and poverty, which lessen the quality of life for both older LGBT adults and elders of color. Research suggests that marginalized elders are also at a higher risk for abuse, neglect, and exploitation.

San Francisco has the largest, most diverse, and fastest growing population of LGBT older adults in the country. With the LGBT population expected to double by 2030, there will be a significant increase in the need for dementia care in that community. The only way to address this surge is to facilitate LGBT dementia competency in mainstream services.

That is why the Alzheimer’s Association, in collaboration with Openhouse and Family Caregiver Alliance, will be providing trainings to health and social service providers through the San Francisco LGBT Dementia Care Project. The project will also connect LGBT seniors and adults with disabilities to services, programs and support available where they live.

The LGBT Dementia Care project is graciously funded by the San Francisco Department of Adult and Aging Services. It will serve as a starting point to increase access to culturally sensitive dementia care and support to the LGBT community regionally, and eventually statewide.

According to the Journal of Gerontological Social Work, there have been many instances of social services exhibiting homophobic and heterosexist beliefs that provoke fear and anxiety in LGBT older adults when accessing healthcare and social services. Multiple surveys show LGBT older adults consistently report a lack of confidence in the gay friendliness of service providers, which accounts for their lower rates of service use. 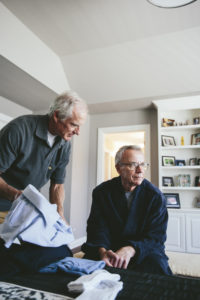 In a recent survey, researchers looked at a diverse representation of 616 LGBT San Francisco residents, aged 60 to 92-years-old. The findings suggest that nearly 60% of the participants live alone and 40% do not have the minimum income necessary to meet their basic needs. Only 15% have children; 60% of whom indicated that their children are not available to help them if needed. Two-thirds of those surveyed are neither partnered nor married. They also reported not having a will, powers of attorney for health care and finances, and revocable/irrevocable trust.

When it comes to services and programs, the results show a high rate of unmet need in health promotion, door-to-door transportation, caregiver support, day programs, housing assistance, in-home care, and telephone or online referrals. Despite the apparent need, many participants reported not using services because they feel these are difficult to access, not LGBT friendly, and often times too expensive. LGBT-welcoming healthcare would reduce the serious risks the community faces.

In addition to health risks, those who live alone, those with lower incomes, and those with less education are at a higher risk for housing instability. Not surprisingly, safe, stable, and affordable housing was identified as an important concern in San Francisco among those surveyed. Two-thirds of them reported being worried they may need to relocate due to health and financial problems. Fostering nondiscriminatory practices in housing assistance and other programs is a necessary step in addressing the disparities in this population.

If you are a health or social service provider, or a member of the San Francisco LGBT community, and would like to learn more about the services available, call us at 800.272.3900.