Why I Walk: Ahmed’s Story 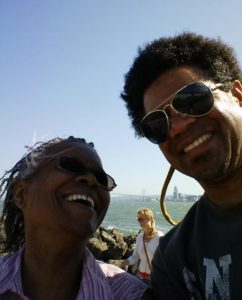 Ahmed Ortiz is participating in the Sacramento Walk to End Alzheimer’s. He says the cause to #endalz is as close to his heart as a cause can be. Read Ahmed’s story below.

I lost my dear mother, Marilyn Price, on July 14 to early-onset dementia. She was only 64. It was far too brief a life.

Her death has been the most profound loss I’ve ever experienced. However, she’s not the first woman in my life to succumb to this awful disease. It started with my great-aunt Doris Jackson, who used to host our family’s lavish Thanksgivings at her San Francisco home, a Victorian on Broderick Street, so massive that I never was able to explore the entire interior. Aunt Doris died in 1998.

Next the disease came for my maternal grandmother, Mable Jackson. She was diagnosed in 2003 after two episodes in which she wandered from her home and became lost, the second time for two days. My mother cared for my grandmother for four years before she died in March 2007. 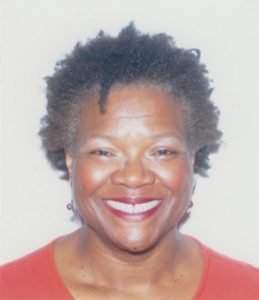 Chillingly, my mother showed signs of affliction even while taking care of her mother. But she wouldn’t go to the doctor and wasn’t diagnosed until October 2013, when the situation blew up. I won’t bore you with the details, but, thankfully, we were able to get Mom into a wonderful care situation in which she lived out her final 33 months.

I wish I had more time with her. Part of my personal tragedy is that, as my mother’s cognition was declining, she stopped managing her affairs. Part of this included making payments to a storage facility where I imagine she had many family items kept. I don’t know specifically but I can guess: my Star Wars toys from the ’70s and ’80s; things of my grandmother’s that she kept; and, very probably, a lot of photos. When she went delinquent on payments, it all was auctioned off or trashed…

This is a cause as close to my heart as a cause can be. That’s why, this year and every year going forward, I’ll walk. As many as 16 million Americans could be afflicted by Alzheimer’s by 2050. I’ve already lost three. I don’t want anymore families to be wounded by this scourge. Join me in doing what we can to end it. Please make a donation to help the Alzheimer’s Association advance research into methods of treatment, prevention and, ultimately, a cure.