Guest blog: I was stationed in Puerto Rico 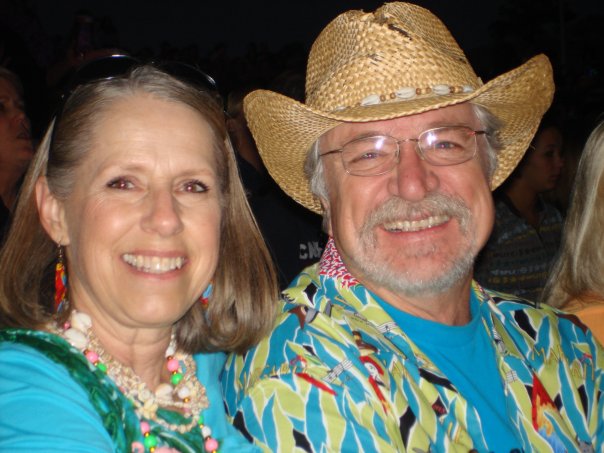 Chris and her husband Harry

My husband is very social, which wasn’t always the case. I consider this to be a blessing at this point, since he is willing to talk to just about anybody (even strangers on the street and the small children of passers by, which may or may not be a good thing). Any conversation with someone new (or new to him) involves telling his story, which, like most of us, he’s anxious to insert at the first opportunity.

Our stories are important to us and to others. Our identities and memories are wrapped up in our stories. We are the sum total of our experiences, some say. And when our memories start to fail, our stories are an anchor in a storm of confusion.

Because we’ve spent our entire adult lives together, I’m able to help reinforce that anchor. Long-time friends can also be helpful in this regard.

He’ll turn to me and ask, “Where did I work again, Chris?” I’ll remind him of the places he’s worked.

“Oh, yes. And I did [such and such].” This part may or may not be entirely accurate, as memories are pulled from here and there and pieced together, or exaggerated, or made up. It’s all good.

“And I was fortunate to travel all over…Where did I go again, Chris, when I used to go to Europe?” He worked in Europe for six weeks many years ago. He remembers the event, but adds more and more countries to the trip. I wonder if these are places he’s always wanted to go, but never said so?

If he’s talking with a new acquaintance who was in military service, the conversation quite naturally flows in that direction. Shared experiences carry a level of comfort:

“I was in the Navy. I was stationed in Puerto Rico for four years.” It was two years, but that’s okay.

“I flew in P2 Neptunes,” and accurately describes the airplane, what it was for, and more and more details about what happened on those missions…things I didn’t even know, though I was there. Top secret, or made up memories? Who knows. Some of the memories aren’t how they happened at all. But it doesn’t matter. He’s sharing his story.

And then he asks the other person, “What branch of the service were you in?”

The person’s answer is responded to appropriately, including the mandatory teasing for other branches of the military; but, particularly if the person is a recent acquaintance, the response just might flow pretty directly right into, “I was in the Navy. I was stationed in Puerto Rico……” And about that time, the person realizes that my husband may not remember the conversation later.

But that’s okay. At least he’s having a conversation. He’s getting a chance to tell his story. And that makes him happy. And when he’s happy, there’s sunshine in my life.

Chris blogs about her experiences with her husband Harry who has Alzheimer’s disease. She and Harry have been married for 44 years and live in Northern California. Read more by Chris at her blog alzheimersdiaries.blogspot.com