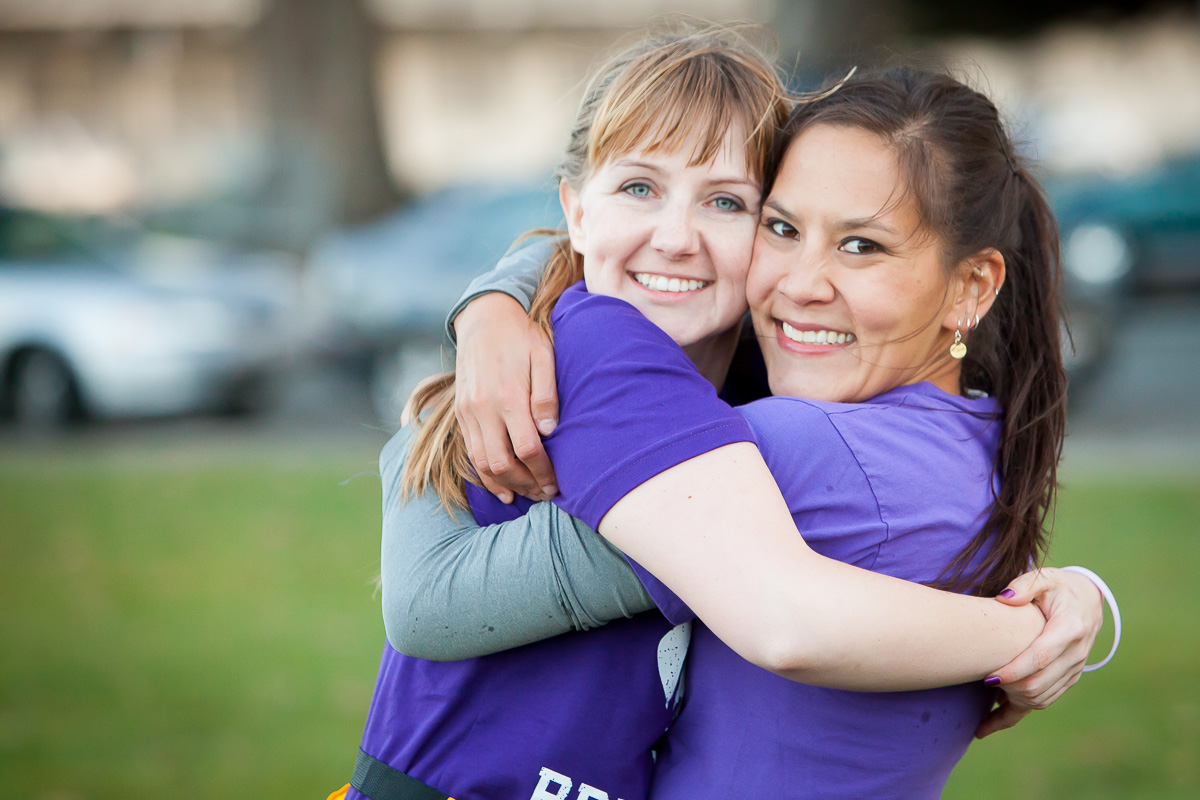 Frenemy (less commonly spelled “frienemy”) is a portmanteau of “friend” and “enemy.” Frenemy refers to someone that is a true friend, though also a rival.

This rivalry is part of an age old debate: Mom, a blonde, and Beast, a brunette. Need we say more? What started with triumph and defeat, trash talk, “no tackle” tackles, and open handed blocks, ended in fists flourished into a much deeper rivalry: a rivalry of us against the world.

We now run by the motto, “every blonde/brunette needs a brunette/blonde best friend.” Though clearly for the two of us it wasn’t quite love at first sight, it was, and has been, love at first snide, sarcastic comment. Since then, we have grown to nourish and appreciate each other’s unique world view, humor, thoughtfulness, selflessness, love of living – and, of course, sarcasm and good taste in whiskey.

What started as post-practice check-ins very quickly turned into Blondes vs. Brunettes (BvB) social events, concerts, birthdays, theme parties, birthdays, family dinners, weekend trips and yes, more birthdays. At the start of the first season, hanging out at practice on Mondays was something to look forward to. Now, to only see each other at practice is far too long apart. Before we knew it, we were both constant and concrete supports for each other – sharing everything from the very real need to vent, laugh, cry or scream, to the equally real need to share an order of fries and a bottle of wine.

When we joined this league we didn’t even know each other. Now we don’t know what we’d do without each other. Somebody asked us before the game on Saturday if training and playing on opposing teams ever affected our friendship. Without hesitation, we both answered, “No.” We still laugh about the very first play of the inaugural game last year when Beast shoved Mom to the ground – though, the story may vary a bit depending on who tells it. We stood opposite each other on the field on game day, but we were united as we fought to tackle Alzheimer’s. 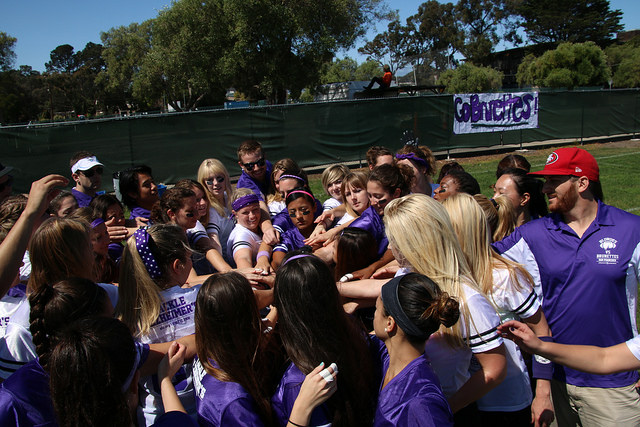 It’s been amazing to witness the friendships that have formed on the field these past two years. The women on both teams are fierce competitors during the game and great friends at the end of the day. We’re extremely proud of how everyone comes together for this cause that is so important to us all.

We’re also extremely proud of how the Alzheimer’s Association Blondes vs. Brunettes San Francisco has grown. This year there were roughly 200 spectators (close to double what we had last year) and we raised $5,850 on game day alone – which, when added to our fundraising efforts throughout the season brings our total fundraising to $39,000. When we reach our goal of $40,000 this year (which we have no doubt will happen!), we will have increased our fundraising from last year by 42 percent!

None of this would have been possible without our amazing planning committee, our devoted players and coaches, our supporters, and the healthy rivalry of frenemies.