Why I Walk: Kirstin’s story 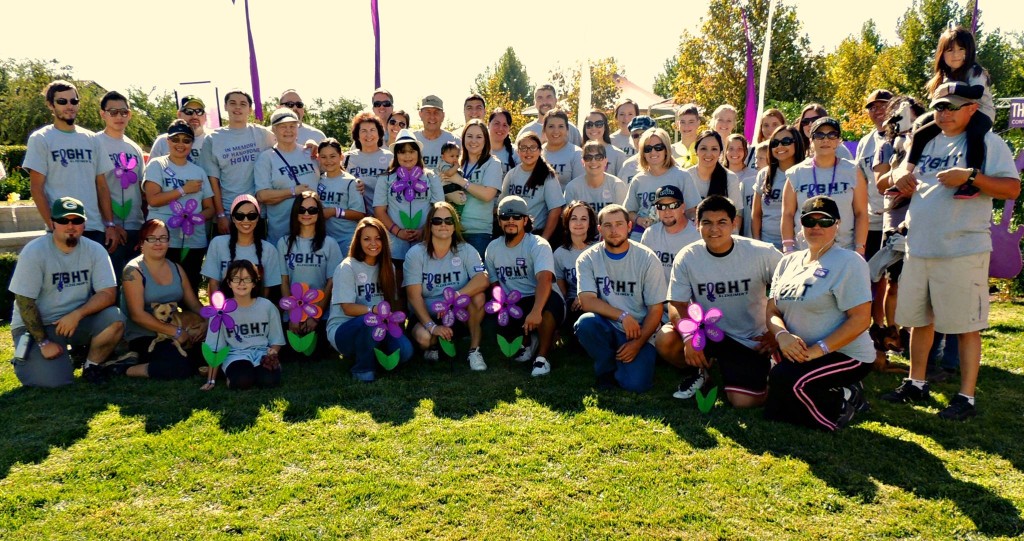 I walk for my grandpa, Clifford Howe, who fought Alzheimer’s disease. It was not easy to watch a man with a genuinely good heart – who always did whatever he could to help others, could make you laugh and brighten your day with one of his many jokes or funny dances – diminish right in front of your eyes. He was not the only one affected by this terrible disease; my entire family was as well.

My grandpa was diagnosed with Alzheimer’s disease when he was 65 years old, but started showing signs a few years prior. Leading up to the diagnosis, my family members noticed that he started forgetting simple everyday activities, such as misplacing things. We thought it was just normal symptoms of aging. We knew something was wrong when he started forgetting these simple activities more often and when he had trouble getting home from work. After many doctor visits, we were shocked to learn that he was diagnosed with Alzheimer’s disease.

After the diagnosis the family, including my grandpa, experienced many emotions, from denial, to sadness, to anger and finally acceptance. We knew with Alzheimer’s disease grandpa would lose his memory, but we didn’t understand how devastating it was until we experienced it first-hand.

Although my grandpa started by forgetting simple day-to-day activities, he regressed into a child-like mindset as the disease progressed. He also eventually lost the ability to communicate with us. The hardest part was watching him try to communicate with us. We could see the frustration in his eyes. He wanted to say something in a conversation, but couldn’t physically and mentally get the words out. He knew what he wanted to say, but couldn’t.

Although it was hard to watch him lose the ability to participate in everyday activities, we tried to stay positive and strong for each other. Some things he did we couldn’t help but laugh at; it was just a way for us to cope with the reality. For example, towards the beginning of my grandfather’s diagnosis, I was helping my grandma clean their house. She was upstairs and I was in the kitchen. My grandfather had been outside taking in the scenery, but tip-toed inside. He looked like a child that did not want to get caught doing something he shouldn’t be. He whispered to me “Where’s grandma?” I replied, “She’s upstairs cleaning.” He proceeded to the cookie jar sitting on the counter, took a couple handfuls of cookies, stuffed them in his pockets, turned to me and whispered, “Don’t tell grandma,” then tip-toed back outside to enjoy them.

Although it wasn’t always easy, my family was lucky enough to be able to keep my grandpa in the comfort of his own home throughout the stages of this terrible disease with the help of family, friends, and caregivers. Our goal was simple: to keep him comfortable. I have always thought that because we were fortunate enough to do this, he stayed with us longer. However, keeping him at home also came with difficulties. It became the responsibility of friends and family members to take care of him 24 hours a day. The further my grandpa progressed in the disease, the more challenging it was to take care of him, which of course, placed more stress on the family and friends.

Handsome Howe himself, my grandpa, Clifford in 2012 at Walk to End Alzheimer’s

We found the Alzheimer’s Association towards the end of my grandfather’s battle with Alzheimer’s disease. The first Walk to End Alzheimer’s that we participated in as a family was in 2012. I came across a brochure in a laundromat about two weeks before the walk. It was last minute, but I put together a team and that year we raised just over $22,000! We were fortunate enough that my grandfather was able to attend this walk. He wasn’t sure what was going on, but he had a fun time.Unfortunately, we lost him the following spring. Although it was hard, we still participated in the Walk last year.
This year, my dad was approached and asked to become the Event Chair of this year’s Walk to End Alzheimer’s in Fresno; I became Co-Event Chair. I have learned so much about the Alzheimer’s Association and the programs and services it offers; my family wishes we had found the Alzheimer’s Association sooner.

Through the experience of planning the Walk in Fresno, I have learned that more people are affected by Alzheimer’s disease than I originally thought. Most community members I have talked with have either been personally affected or have a co-worker or friend that is. Unfortunately, most of us will be affected if we haven’t been already, which is why I have continued to participate in Walk to End Alzheimer’s. I want to educate the community and families about the programs and services that are available to help and raise awareness for this disease.

The time to fight for a cure is now. I am going to fight in my grandpa’s memory and for every other person who is affected by Alzheimer’s disease until a cure is found.