SATURDAY: The Genius of Marian in San Francisco

I want to tell all of you about an event I’ll be attending next week that I am very excited about: the Bay Area premiere of a documentary film call The Genius of Marian. The film, by local filmmaker Banker White, focuses on his mother as her Alzheimer’s disease advances. If you are in or near San Francisco on November 23, I highly recommend you get tickets – plus, I’ll be moderating a conversation with Banker and film producer Anna Fitch immediately following the screening. Details on the event appear at the bottom of this post. I asked Banker to tell us a bit about the film and his family’s journey with Alzheimer’s disease. Here’s what he had to say: 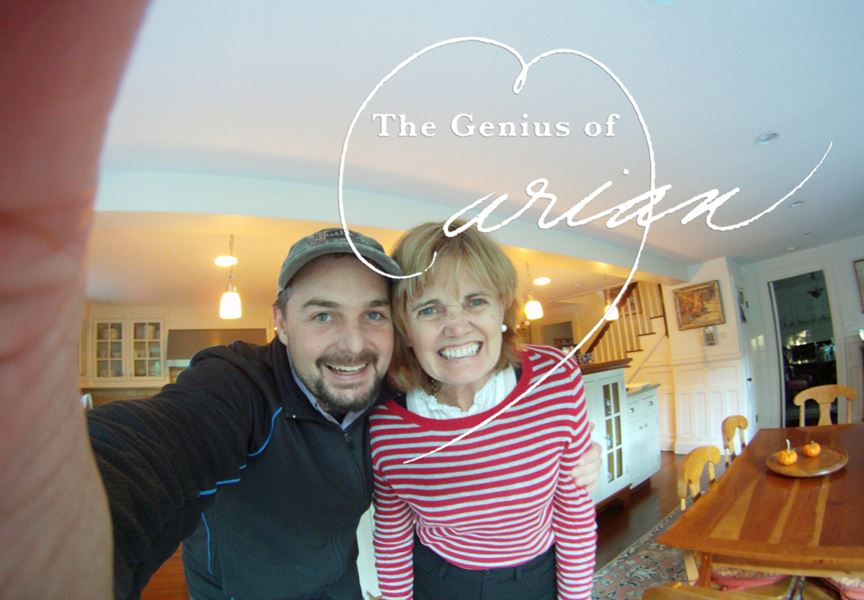 The Genius of Marian is a documentary film about my extraordinary mother Pam White, and her struggle with early-onset Alzheimer’s disease. The last few years have been a roller coaster of emotions, filled with frustration, sadness, joy and celebration. I didn’t originally set out to make a documentary film about my mother’s disease. The project began as a series of informal recorded conversations with my mom in the months after her Alzheimer’s diagnosis in 2009. She had begun writing a memoir called “The Genius of Marian” about her own mother (my grandmother), Marian Williams Steele. Marian was a well-loved and well-known painter and was in many ways the matriarch of our family. In 2001, Marian died of Alzheimer’s disease at the age of 89.

Soon after my mom started writing the book, she began to struggle with typing and other mental tasks. To help her continue the project, I began filming our conversations. For the next three years, I recorded both the big events and the small details of my family’s changing reality. I filmed my parents recounting stories of how they met and fell in love. I captured my mother’s delight at the birth of her grandchildren. But I also documented the slow erosion of my mother’s ability to dress and feed herself, her waning independence and her fierce resistance to accepting help from professional caregivers.

I grew up feeling like my mom could do it all””and often, she did. She worked full-time while raising my siblings and me, maintained deep friendships and dedicated herself to helping others, both in her personal life and in her career as a therapist.

She loved being a mom and encouraged us to be ourselves, always stressing how important it was to talk about our feelings, especially when times were tough.

That’s why it was especially painful to see her frozen by the shame of her diagnosis, unable to talk openly about what she was experiencing. And despite being a loving, willing and available family, we also struggled to share our thoughts and feelings with each other.

Before she was ready to talk candidly about her diagnosis, my mom and I were able to connect by remembering Marian, someone we’d both loved and had lost to the disease that was now affecting my mother.

These intimate conversations became a kind of therapy space and my mom began to share the complex emotions related to what she was going through. At the same time, filming with the other members of my family provided a way for each of us to celebrate my mother’s life while processing difficult feelings about how she was changing.

I am grateful to my siblings and father for having the bravery to share so openly. I have been especially moved my father, who displayed tremendous compassion and loyalty while grappling with his changing role from partner to caregiver.

Now, four years later, we have a finished film we are all very proud of. The story is deeply important and will be incredible resonant for the millions of others individuals and families affected by Alzheimer’s disease.  And by bringing The Genius of Marian to community centers, conference halls, public theaters and private homes around the country, we know we are carrying on my mom’s work.

Watch the film trailer: The Genius of Marian Trailer