Why aren’t you researching coconut oil or [insert other substance here]? 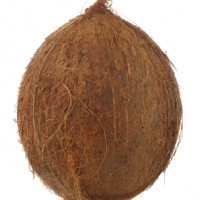 At first glance, the answer is simple: we’ve received few, if any proposals specifically studying  coconut oil. However, we have received a little over half a dozen proposals on studies that look at substances derived from coconut oil such as ketones. Most recently, we funded a study in 2010 by David Morgan, Ph.D. from the University of South Florida. Find a summary of his study here: Ketogenesis and Alzheimer Pathology.

In addition, I encourage readers to check out the section of our web site that discusses a research study on Caprylic Acid and Coconut Oil. This substance derived from coconut oil looked promising in early studies but the makers of the supplement opted to stop researching it prior to phase three trials that would have tested effectiveness. We were disappointed they didn’t continue the study.

At the Alzheimer’s Association, we fund mainly studies by new investigators, which helps us encourage the next generation of Alzheimer’s researchers and introduce fresh ideas to the field.

Every year, we receive grant applications through an online proposal process from hundreds of researchers from around the world. Those proposals are then peer reviewed by a panel of three to four volunteer Alzheimer’s research experts and they are scored and ranked. Finally, they are sent to the Alzheimer’s Association Medical and Scientific Advisory Council (MSAC), a group of nationally and internationally recognized Alzheimer’s experts. The MSAC is tasked with ensuring fairness and equity in the peer review process and making recommendations for funding to the Alzheimer’s Association.

Basically, our research dollars go to the research proposals that have the most merit – no matter what the institution or country of origin, we simply want to fund the best designed studies that will get us closer to better treatments, early detection or prevention.

However, while we are the largest private nonprofit funder of Alzheimer’s research, even we cannot fund all of the studies that should be funded. For example, out of the hundreds of research proposals we received in 2011, about 22 percent were found to have merit; but we only had the resources to fund about the top 9 percent. Those studies that don’t get funding from us may find funding elsewhere, or re-apply next year – but in some cases, they fall to the wayside. It’s frustrating to know that the answers may be out there, right within reach but the research funding simply doesn’t exist.

I know it’s frustrating to hear that the research doesn’t exist for a substance rumored to help persons with Alzheimer’s disease. It’s also difficult to interpret this lack of studies. Is it that studies have been done but not shown to have an impact? Sometimes this is the case. Scientific journals publish articles about positive (not negative) results.

I think the explanation of how we fund research only begs many more questions in regards to coconut oil and other things rumored to help with Alzheimer’s: Why haven’t more researchers looked at coconut oil? Will the National Institutes of Health or a pharmaceutical company study coconut oil?

The answers to these questions can be complicated, but I believe this is a large part of why the Alzheimer’s Association’s advocacy work is so important. We are working hard on several pieces of legislation right now that will help ensure the future of Alzheimer’s research, including the Breakthrough Act and the HOPE for Alzheimer’s Act. We’re already seeing our work on the National Alzheimer’s Project Act starting to benefit the research community and hope that it continues to do so.