Could a “brain pacemaker” work for people with Alzheimer’s? 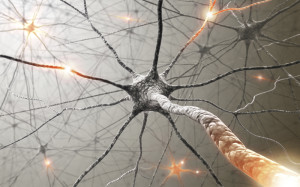 There has been news coverage of the start of a clinical trial sponsored by a company called Functional Neuromodulation of deep brain stimulation (DBS) for mild Alzheimer’s disease. The study is being conducted in 20 people with mild Alzheimer’s in a several research facilities in the U.S. and Canada.

The study is using a DBS system first approved by the FDA in 1997. It has been used on more than 85,000 people worldwide as a treatment for Parkinson’s Disease and Essential Tremor. There has been one pilot study completed in six Alzheimer’s patients so far. . The FDA has approved a study involving 20 people with Alzheimer’s for further investigation of the safety of the procedure and intervention. The company is recruiting those people now, and some are already enrolled. By the end of this week, seven procedures in people with Alzheimer’s will have been completed.

The ADvance Study will initially involve about 20 people between the ages of 55 and 80 that have been diagnosed with mild Alzheimer’s disease.  All participants in the study will have a DBS system implanted beneath the skin in the chest and two attached wires that deliver mild electrical pulses directly the fornix, a place in the brain that plays a central role in memory.

The stimulation device will be turned on for half of the subjects and off for half. For those with the device left off at the start of the study, it will be turned on after 12 months. All study participants will be regularly assessed for at least 18 months to measure their rate of Alzheimer’s progression.

At this point, this is interesting preliminary work, and it’s certainly encouraging to see alternative treatment methods for Alzheimer’s being tested in rigorous scientific trials

Keep up to date on Alzheimer’s research

Take a tour of the brain