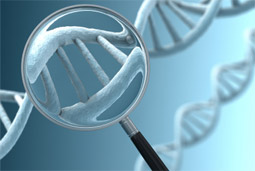 The first Alzheimer’s risk gene identified was APOE-e4. Everyone inherits a copy of some form of APOE from each parent. Those who inherit one copy of APOE-e4 have an increased risk of developing Alzheimer’s. Those who inherit two copies have an even higher risk, but not a certainty. In addition to raising risk, APOE-e4 may tend to make symptoms appear at a younger age than usual. Scientists estimate that APOE-e4 is implicated in about 20 percent to 25 percent of Alzheimer’s cases.

The article authors say the gene mutation confers a relatively large additional risk of developing Alzheimer’s disease, comparing it to ApoE.  At the same time, the mutation seems to be quite rare – occurring in less than one-half of one percent of the study participants. The gene mutation is related to reduced control of inflammatory factors that may lead to inflammation and microglial activation, both long-suspected contributors to Alzheimer’s disease pathology.

The articles provide solid evidence that the gene is associated with Alzheimer’s disease. However, because of the rarity and relatively modest risk increase, it will most likely not be the basis for genetic testing.  Still, as an indicator of a possible path to therapy, these new results could be important. Further studies will need to confirm these findings in different populations and evaluate this gene mutation as an indicator of targets for therapy.

Helpful information related to this article