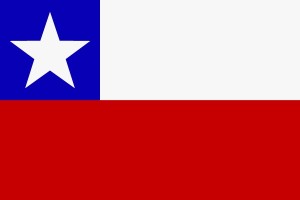 In celebration of World Alzheimer’s Month in September, we’re highlighting Alzheimer’s stories from around the world. Today’s story comes from a caregiver in Santiago, Chile – Elena MuÃ±oz IvÃ¡n’s. She writes a beautiful blog about her mother’s struggle with Alzheimer’s and about people’s perception of honesty and truth. You can read her original post in Spanish here: Corporacion Alzheimer Chile: A todos ustedes, admirables cuidadores, los que conozco a traves de mi papÃ¡ y mi hermana.

When I was a little girl, I was told about elves, guardian angels, Mr. and Mrs. Claus, fathers and mothers that were capable of protecting us from any danger and a heaven where grandparents, brothers, sisters and everyone whom we loved and “were good” went when they died.  I remember two chicks that were given to me as a birthday gift that I made sleep near the Comet so they wouldn’t be cold and who died a few days later.  My sister Elvira told me that they had also gone to heaven and that I should pray to them.  I would pray to them every night, for a long time, with the certainty that they heard me.  There also was a little mouse that took my teeth and left me money in return, and a horse that my grandfather promised to give me when I got older.

As I grew I began to notice that this fantasy world had created an infancy for me where I felt safer and where I could palliate fear until my psyche was more mature.

I profoundly thank my parents and my older siblings for giving me that parallel world, a world I recreated for my children and one I invoke every time life becomes difficult so as not to forget that in dreams, in tales and secrets also lives a version of the truth, because truth is not absolute.

My mother has Alzheimer’s and every time I walk next to her she takes my hand as if she was a little girl.  I help her cross the street and go down stairs.  We watch movies with happy endings and she helps me to sew in the same manner that I helped her when I was young and she was the adult.  My mother has a notebook where the eldest of her grandchildren helps her write, paste cutouts, string words together and recall numbers.  It is the notebook of a child.  Probably the same type of notebook that her granddaughter kept when she was the granddaughter and my mother was the grandmother.

My mother’s memory reservoirs are becoming smaller, because children have few memories. My mother is a child in an older adult’s body, at the same time she is a woman that has to deal with a history that eludes her, with places in her own home that disorient her, with activities that she can no longer do but at times is capable of doing, with names and dates that become jumbled in her brain, with headaches and nightmares and with anguish that she cannot comprehend.

My father is her caregiver, faithful and tired.  My father deals with her obsession, her repetition, her tantrums, her dependency, her fears, her nightmares, and her rebellion; but also has the privilege of being able to hug her every night, to not allow her to forgets his name, to hold her hands each time he dines next to her, and to share with her the largest amount of memories

My father is an oak tree, he still writes books, wins at pool, he gets around all of Santiago in the metro system, he makes gifts for his children with his own hands, reads in Spanish and English, and still  accompanies/supports his friends as they age.

My father has always been an honest generous, kind and just man, and all his children carry those virtuous as our greatest inheritance.

This is why today, being the youngest of his daughters at 50 years old, I want convey to you with utmost certainty that my father is not a dishonest man because he tells my mother that he has a doctor’s appointment, when in reality he is going to meet with his publisher; that he is going to work, when in reality he is meeting with you; that he is joining his son-in-law to assist him with paper work, when in reality his son-in-law is accompanying him to his beloved Union Club reunions. He does not stop being honest by engaging in these activities. He continues to be generous and just with my mother and with himself.

My father is an oak tree that needs his branches to be flexible so that the storms do not break him so easily.

The lies that you all see on a daily basis are the truest act of mercy and love.

Millions of lives have been saved thanks to lies in periods of wars and totalitarianism.  Anne Frank, would perhaps still be alive if that neighbor had not told the truth that a family was hiding in the House.

The lies of all of us who have someone with Alzheimer’s disease in our families are simply a ways to overcome and minimize the pain of those suffering with the disease.

With my greatest of respect and profound admiration to all of you, Elena MuÃ±oz IvÃ¡n’s daughter and sister to Tita