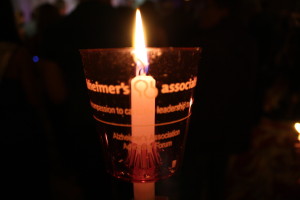 As we wind down the year, I am reminded that there are so many avenues for our advocacy!  In just the past few days, I’ve come across a variety of stories that have an important link to Alzheimer’s disease. Our advocacy is not linear – it is not boring – it zig-zags across many topics and many methods.  Just consider some of the following:

1.  Not too long ago, a competent and knowledgeable man, Dr. Donald M. Berwick, was appointed by President Obama to be head of the Centers for Medicare and Medicaid Services.  He was hailed as just what the agency needed.  In fact, when Cynthia Rudder of the New York Long Term Care Community Coalition met with him to discuss the lack of quality of life and care in many of the country’s nursing homes, she said “Although he was not as familiar with nursing home issues as with hospitals, he asked good questions, listened, took notes and more important, asked his staff to follow up to learn more and work together on improving care for our elders.”

But, alas, his tenure was cut short because certain members of Congress announced their intention to block Dr. Berwick’s confirmation; he was forced to resign. The reason this is important to us is obvious, especially now.  At a time when California is proceeding with enrolling people eligible for both Medicare and Medi-Cal in managed health care plans, we sure could have used someone like Dr. Berwick in that critical position.  Sadly, that’s no longer possible and this important agency has lost its visionary.

2.  You’ve all read about the tragic death of the young hockey player, Derek Boogaard.  He had chronic traumatic encephalopathy (C.T.E.), which can occur in different parts of the brain and can result in a variety of symptoms, including dementia.  In fact, in Mr. Boogaard’s brain, there was evidence of dying cells in many areas of his brain, including the frontal lobe, which controls personality and judgment.  Such a relationship to Alzheimer’s and dementia is pretty shocking.  So, here we have football players susceptible to Alzheimer’s and now a hockey player with C.T.E., which is related to Alzheimers.

All this leads to the opportunity for a greater understanding of dementia among the general public, and hopefully, the possibility of more scientific research.

3.  We know our health care costs are high – higher than any developed nation and our quality is not necessarily better.  A physician, Jack Resnick, recently wrote a New York Times opinion piece called “Bring Health Care Home.”  In it, he outlines the dangers (often life threatening) of admitting a patient to the hospital.  After a bad experience with a patient who developed a bedsore, which later become horribly infected, he tries to treat his many elderly and homebound patients in their homes except when hospitalization is absolutely necessary.  He says “Patients treated at home by doctors and nurses who know them intimately and can be available 24/7 are happier and healthier.  This decreases infections, mistakes and delirium, which, especially among the elderly, are the attendants of hospital care.”  And, studies have shown that the number of days spent in hospitals and nursing homes can be cut dramatically – thereby saving a bunch of money!

Some good news is that health reform includes a provision for the creation of Independence at Home organizations – groups of doctors and nurses who treat patients in their homes.  The organizations can invest in extra services and home visits and although Medicare has not yet issued rules or applications to begin the process (which is supposed to begin January 1), we need to makes sure these organizations understand the needs of people with dementia.  I don’t know that this will return us to the days when doctors actually made house visits but care in the home with the aid of technology (as is done in France) can be high quality, efficient and cost effective.

I hope you see how these three examples are connected and how our advocacy can influence thinking and outcomes in so many areas.

In case this is my last post for the year, I want to wish you a joyous holiday season; let’s hope that 2012 brings more comfort, care, resources and treatments for people with Alzheimers!