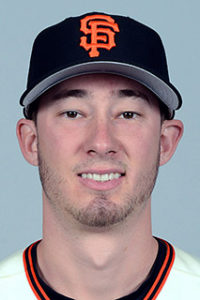 San Francisco Giants catcher Trevor Brown is a home-grown California hero. He grew up in Valencia, began his baseball career at UCLA, and was picked up by the Giants organization in 2012 at the young age of 20. He immediately caused a stir, with three home runs in his first three hits of the season – the first Giant to accomplish that feat since Kevin Mitchell in 1991.

But Trevor is as humble as he is talented. He is taking time out of his busy schedule to help raise Alzheimer’s awareness and participate in an Alzheimer’s Association signature event, “The Longest Day”. While many people his age are unfamiliar with Alzheimer’s, Trevor experienced first-hand what it’s like to lose a loved one to this heartbreaking disease. He supports The Longest Day to honor his grandmother.

Tell us more about your grandmother

My Grandma was an amazing woman. She was a huge part of my life growing up. I have two siblings and all three of us were involved in sports from the time we were five on. She helped my Mom and Dad and between the three of them, one took us every weekend for baseball, football or whatever we were doing back in the day. She raised us as much as our parents did. I have countless memories of her but mostly I remember her cheering us on at the baseball field.

When we found out she had Alzheimer’s, it was tough because we knew that it wouldn’t be the same. My great Grandma also had it and she didn’t know who we really were.

So when my Grandma was diagnosed, it was really heartbreaking for us because she was such a huge part in our life. It was really sad finding that out and hoping it didn’t get to the point where she didn’t know who we were.

Towards the end I wished I could be in her head so that I could see what she would remember. That was the most heartbreaking thing for me – not knowing what she could remember. Whenever we’d go there to see her, she couldn’t say a word and she was just staring off. It was just really sad not being able to communicate with her at that point.

My best memory of her is one Christmas when we went to see her… It was during the last year she was alive and it had been four months since we’d heard her say anything. She started talking and it felt like a miracle as she was forming sentences. I felt it was a blessing to be able to have that last conversation with her because she died five months after.

How did you cope with this situation?

I tried to be as normal as I could with her. As tough as it is to be around your loved one and them not knowing who you are or them not being able to talk, our family tried to be as optimistic as we could with her. Even though we knew we weren’t going to get those words back and not knowing what she could comprehend from us, I always told her I loved her and tried to tell her about my day to make it as normal as possible for her so
she could enjoy her time with us.

Why is it important for others to get involved with this cause?

Alzheimer’s is the fifth leading cause of death and people who haven’t had anybody close around them that has the disease, don’t really know how heartbreaking it is and don’t really see the severity of it.

For me, living with a great grandma and grandma, I’ve seen it first hand but people don’t realize how disheartening it is until it’s around them. That’s why raising awareness is so important, so that the people who are fortunate enough to not have that in their life, can see just how terrible this disease is.

I think it’s important for everybody to realize it’s out there and it’s one of the leading diseases. The more people we can get to jump on board, the better it’s going to be, and hopefully we can find a cure at some point.