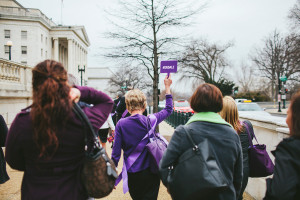 The National Plan to Address Alzheimer’s Disease, which was mandated by the 2011 National Alzheimer’s Project Act, has a primary goal to prevent and effectively treat Alzheimer’s by 2025. Leading scientists have said we will need to ramp up federal funding for research to $2 billion a year to reach that 2025 goal, yet currently Alzheimer’s disease receives only $586 million per year.

Our advocates also work diligently to build champions among our legislators. John Garamendi, Ami Bera and Jackie Speier are now strong advocates for our cause, and each has hosted a local forum on Alzheimer’s for the public. On June 16th, Congressman Garamendi held a floor session on Alzheimer’s in Washington D.C.

Eric Swalwell, Doris Matsui, Zoe Lofgren, Tom McClintock, Doug LaMalfa, and Barbara Lee have either spoken at or video taped messages for an Alzheimer’s Association event. Congressman Mike Honda held a “Coffee with the Congressman” session on July 2, and the need for research was a prominent topic.

At this year’s Advocacy Forum in Washington, D.C. over 1000 Advocates from around the country pressured their members to sign on in support of funding for Alzheimer’s research. Tens of thousands more have emailed or called. We are determined to get Congressional support for budget priorities that will help advance the goals of the National Plan.

In July,  the NIH submitted its first so-called “professional judgement budget” required under AAA, and recommended a $323 million increase in Alzheimer’s funding.

The budget approval process is a long one, with many committees, votes and frankly “politics” before a compromise budget can be passed into law. We must continue to push this issue. Advancing this 60% increase in Alzheimer’s research funding must become a reality.

We persist in our efforts to engage every single member of Congress in the cause. Together we can raise the appropriate response to Alzheimer’s as the public health epidemic of this century.