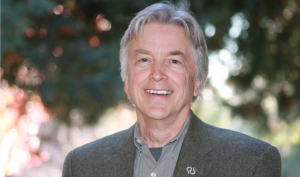 In September, with ambivalent feelings, I told our board that it was time for me to step away from my post as CEO, which I will do later this year. At that point I will have led the chapter for 29 years. It has been, and remains, remarkable work”¦ an important cause, a great mission and wonderful people.

I began in February of 1987 when the Association nationally was seven years old, and our local operation was a staff of two, 12 support groups and revenues of $100,000. We were created out of whole cloth by people who walked the path, looked behind them and thought it need not be so hard for those who followed. They believed in a different future and at the same time were grounded in the lives of families here and now.

There have been so many amazing volunteers and supporters over the years, most, though not all, family members, people touched by Alzheimer’s or a related disorder”Š- people who didn’t want to know about Alzheimer’s, but found in the Alzheimer’s Association a place to make sense of their experience and to sign up for this fight.

I know we’re talking about it elsewhere in this issue, but I have to shout out that in December we achieved the largest increase in federal funding of Alzheimer’s science in my time – from $580 million, up $350 million to an annual total of $930 million. This was our dream and our work. This is us – you, me and thousands like us – moving the conversation about Alzheimer’s forward and laying the groundwork for a different future for our children and grandchildren.

I won’t be able to personally recognize all of you who have been on this journey with me, but I am grateful for the wisdom and companionship of so many”¦ current and former staff, both local and national, current and former board members, colleagues in care and science whose daily work is so important to our families, remarkable volunteers of all stripes, generous donors who have given to support our work and without whom the mission just would not be possible”¦. my sincere thanks. You have been an inspiration.

I know our Association is in good hands. Our national leadership is the strongest in my 28 years. Our local board of directors is committed and thoughtful – they are hard at work identifying my successor – and our incredible staff is optimistic, hard-working and relentless. And then there’s you. You who have been with us for years and you who are just coming to the cause.

I’m sorry we needed to meet, but if Alzheimer’s has touched you, I’m glad you found us. You have found a great organization. I thank you for being part of our movement and I wish you the very best.