“I REMEMBER” by Alexis Janosik 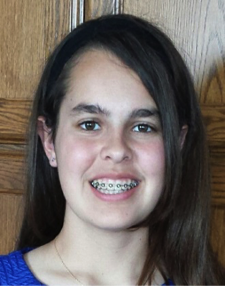 Alexis Janosik, age 14, wrote a poem about her grandfather, Mariano Cordoba, who she called “Ito” – short for “Abuelito”. Mariano was a professional Flamenco guitar player and music had been his life since he was a very young boy. Music was his gift to others and he loved playing his guitar for his Grandchildren. While memories began to fade him, music and the faces of family were the two things that he held on to the longest. Alexis wrote this poem a couple years after her Grandfather’s death and she said she finally had a sense of relief for all that she had bottled up. She said she “wants to share it with people who are going through the same thing or who know people who are going through it”.  Below is Alexis’ poem:

I remember his guitar,
Not held at his hips,
But on his leg with
The neck pointed up.
I remember his face.
The wrinkles around his
mouth and eyes,
That told you he likes to smile.
I remember his hats.
His head got cold, so
He wore his favorites.
One for winter, and
One for summer.
I remember his voice.
His words thick with
The accent.
A beautiful Spanish accent.

Blanketing his American words.
I remember the laughter.
He would watch us dance
As his fingers jumped
From string to string.
Making the music.
I remember the music.
The lovely music that
Made us sway and jump.
That he constructed just for us.

I remember the illness.
The terrible illness,
That made his muscles forget.
Forget how to walk and talk.
That made his mind forget.
Forget the time he spent with us.
Forget what he said.
He forgot all of that
But never the music.
He remembered the music.
The music in his heart,
His eyes, his soul.
The music he made.
The music he gave to us.
To keep forever.
He remembered the love.
The love he gave,
The love he got.
The face of love, of his family.
He forgot everything else,
But never the love and music.

Then the phone call.
We all came and saw him.
And wept.
Tears of pain and joy.
For he was gone.
Would not open his eyes again.

But he had the music and the love
To keep now.
And the memories.
No more pain.
Surrounded by love and music.

Now his memories are gone.
Taken from us just as the illness
Took him from this Earth.
Now we are the only holders,
Of these memories.
Times of happiness and fun.
And of music and love.
Always of times of music and love. 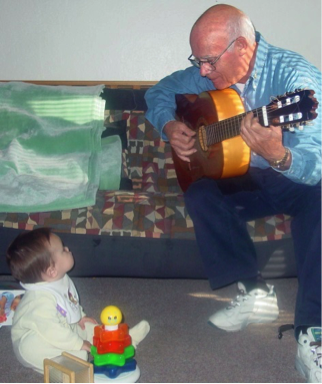