Why I Walk: Debby’s story 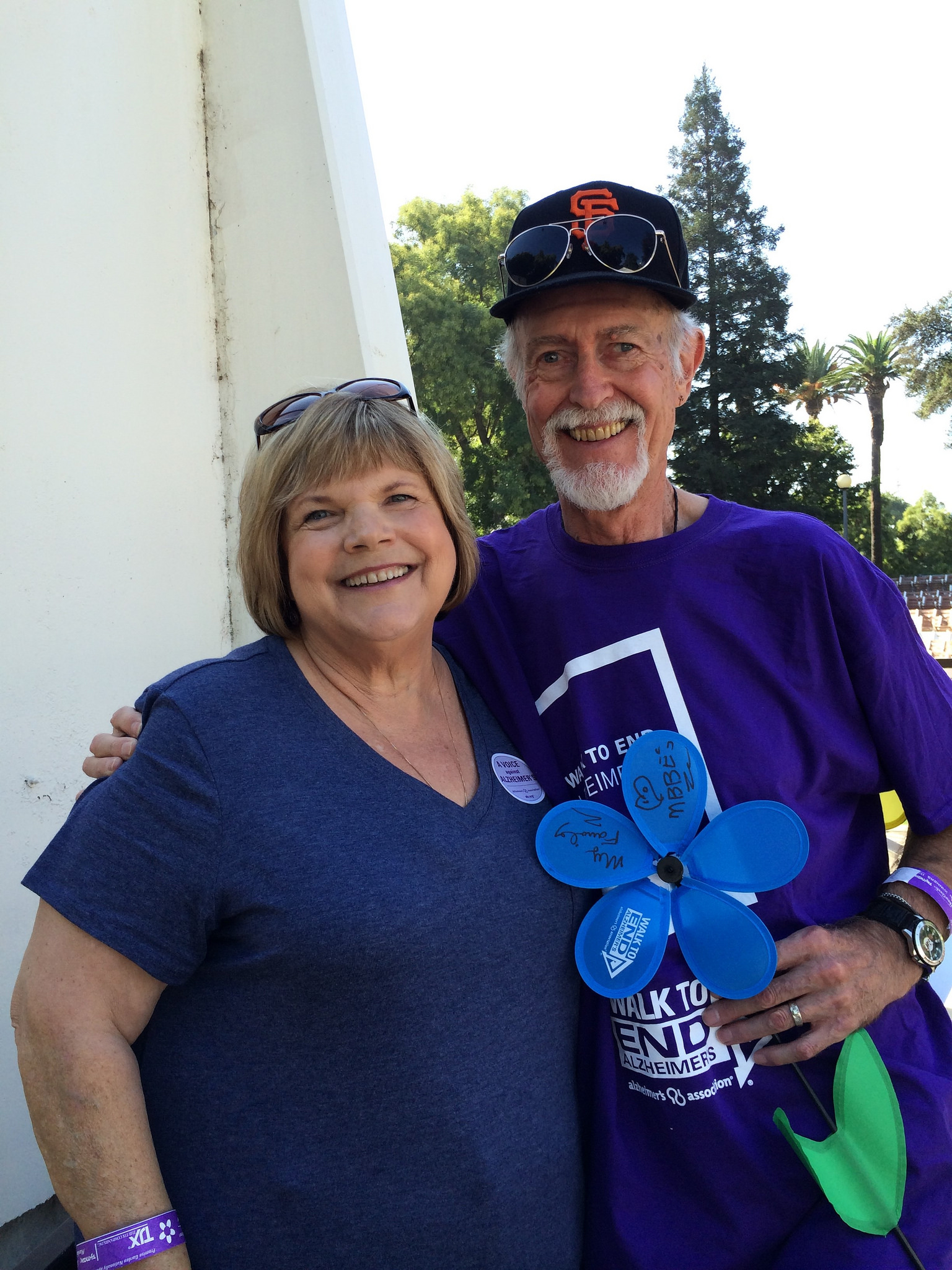 My name is Debby. My husband Mike was diagnosed with early onset Alzheimer’s three and a half years ago. I am not a newby at being a caregiver for Alzheimer’s. In 1990, we rented out our home, my children changed schools and we moved in with my grandmother to help care for her. I thought then that this was one of the hardest seasons of my life to deal with and juggle. I was wrong. Dealing with Alzheimer’s of my fairly young spouse is much more difficult and devastating.

I have one phrase that sums up my feelings about dealing with Alzheimer’s: “It’s not about the sacrifice of what we’ve given up; it is about the loss of what’s taken from us.”

I met my husband a little over 12 years ago. I was kind of old for a Prince Charming, but that is exactly what he was. Steady, attentive, handsome, thoughtful, true-to-himself and so very intelligent. I admired everything about him. Mike traveled a lot, but we talked for hours every night. As a research and development engineer for Sandia National Laboratory, he worked on nuclear weapons, helped develop cellular communications and laser technology. I wish you could have known him then.

One evening, after having a short conversation with a colleague he had worked with for over 30 years, he asked me, “How do I know that man?” Later that week, while driving to one of our favorite restaurants, he said, “Which road do I take?” And then soon after, we received a receipt in the mail from our financial institution stating that my husband had taken a large sum of money from our account – a transaction he had no memory of, and to this day, cannot recall where the money went.

Thus began our journey with Alzheimer’s.

Alzheimer’s is not just about having a poor memory. It’s also making inappropriate remarks, or interrupting others because you are not aware others are talking. It’s no longer having any idea how to fix a generator, so you just continue to push the ON button over and over and over again. It’s believing you no longer need to shower because you get wet while swimming three times a week. It’s about no longer driving, because in his own words, “I saw that pole, but I just drove into it any way. It could have been a kid,” as he tearfully handed over his keys. It’s about child-speak with words such as walky, din-din, mommy and wee-wee. It’s the hours and hours of silence that occur because conversation is, for the most part, completely one sided. It’s about giving up all your plans for the future, not until a better, more convenient or financially secure time comes around, but forever.

Early onset Alzheimer’s is very different than the Alzheimer’s that my grandmother experienced. At her advanced age, the slowing down and confusion was not much of a surprise. She had already given up driving, traveling and her finances. But none of this was expected at Mike’s age of 63, or as some of my peers in the support group have experienced, at the age of 55 or even 49.

Alzheimer’s does not play favorites. Any gender, any race, any socio-economic level, any age. It can come after you and it will ALWAYS win. You may be able to slow it down, but you will never beat it. Alzheimer’s is a terminal disease. There is no cure.

As I stated earlier, my pain is not from what I have more than willingly given up or sacrificed as a caregiver. The pain I experience is from watching each and every day what Alzheimer’s steals away from me, from Mike, from my family, from our friends and from what he could have still given to this world. It takes it away, without notice, with no outline or sequence, with no pattern and with no known speed. Help may not come in time to rescue him, but, God willing, I pray it will come in time to keep our children and grandchildren from ever experiencing the same. I say goodbye to some part of Mike every single day, and he bravely walks with Alzheimer’s every single day. He’s not only my Prince Charming, he’s also my hero.