New study confirms the association between vitamin D and dementia 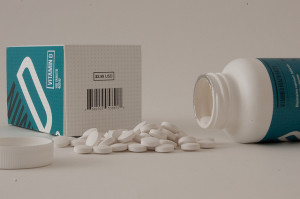 The journal Neurology published an article describing the results of a study that confirmed a strong association between low levels of vitamin D and increased risk of dementia and Alzheimer’s disease in elderly people in the U.S. Here’s a breakdown of the research.

There is a lot of interest in understanding the impact of vitamin D levels in people with Alzheimer’s disease and other dementias. First off, vitamin D production occurs in several brain regions and there are vitamin D receptors throughout the brain, including the hippocampus, which is an important brain region for memory function. Vitamin D has been linked to clearance of amyloid plaques and to inflammatory processes in the brain related to amyloid. Vitamin D has also been linked to problems with blood vessels in the brain and other cerebrovascular pathology, which may be related to Alzheimer’s. Lastly, high rates of vitamin D deficiency are seen older adults.

The main sources of vitamin D are exposure of skin to sunlight; foods such as fatty fish (salmon, tuna), egg yolks, beef or calf liver and cheese; and dietary supplements. Vitamin D levels are easily evaluated through a standard blood draw done in a doctor’s office, similar to cholesterol tests.

Vitamin D deficiency is associated with a substantially increased risk of all-cause dementia and Alzheimer’s.

This observational study looked at vitamin D levels in 1,658 people age 65+ who were free from dementia, cardiovascular disease, and stroke when they submitted blood samples for the Cardiovascular Health Study between 1992-1993 and 1999. The study participants were later tested for levels of vitamin D and evaluated for Alzheimer’s disease and other dementias.

It would be wonderful if addressing a single issue like vitamin D deficiency could delay or prevent Alzheimer’s disease. It would be simple, inexpensive, alleviate much suffering and heartache, and greatly reduce healthcare costs. However, Alzheimer’s and other brain diseases are very complex, and it will most likely require a combination of factors to influence your risk for dementia.
As a next step in the scientific process, we’d like to see clinical trials – where levels of vitamin D are changed in one study group but not in another – to investigate whether increasing vitamin D in people with low levels can delay or prevent Alzheimer’s.

The Alzheimer’s Association is pleased to have provided funding for this research and look forward to seeing more studies on vitamin D that will further our understanding of its relationship to Alzheimer’s disease.