Today marks our last blog entry celebrating caregivers during National Caregivers Month. Jamie, whose dad died this June from Alzheimer’s calls on other caregivers to take action against Alzheimer’s. Remember to add a tribute to the caregiver in your life at www.alz.org/nadam. 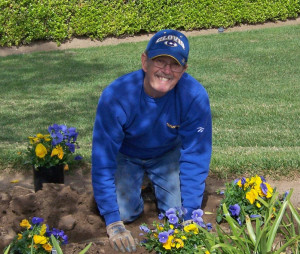 Jim lost his battle with Alzheimer’s in June

My family lives in the Clovis/Sanger area. My father Jim died from Alzheimer’s on June 29, 2012. He had been diagnosed three and a half years before his death. Alzheimer’s disease is extremely difficult to face. It changes people. It makes daily life hard. My mother Ann was his full-time caregiver. That is an impossible job. There were good times and bad times. Caregiving is one of the hardest jobs in the world.

I will forever be grateful to the Alzheimer’s Association. Because of this, my family and I will be participating in the Walk to End Alzheimer’s on October 20th, 2012, in Fresno. I would like to honor my dad, Jim Pipes. I would like to help other families who are struggling with Alzheimer’s. There is help. You are not alone.

The stats are pretty scary. One in eight older Americans has this disease. Alzheimer’s is the 6th leading cause of death in the country and the only cause of death among the top 10 in the United States that cannot be prevented, cured, or even slowed. As a community, we need to stand together and fight this disease. Statically, you or a family member will one day face Alzheimer’s.

So I would ask that the residents of Clovis and Fresno join forces with the Alzheimer’s Association. Your one small step can help us raise funds, awareness, education, and support to fight this disease.