Solanezumab for Alzheimer’s: Scientists are hopeful 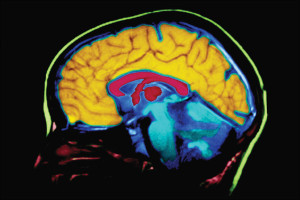 Eli Lilly and Co. (Lilly) recently released additional data from two Phase 3 clinical trials of solanezumab for mild to moderate Alzheimer’s disease. In addition, scientists at the Alzheimer’s Disease Cooperative Study (ADCS) reported its results of an independent analysis of the Phase 3 data. Lilly initially reported in August that the results of the Phase 3 trials did not reach their objectives, but did find that the drug-treated group showed slower cognitive decline, though only in the people with mild Alzheimer’s.

The ADCS independent analysis of the Lilly trial data with solanezumab confirmed that the two separate studies did not meet both cognitive and functional endpoints. However, the ADCS analysis found that the drug showed a statistically significant slowing of cognitive decline in people with mild Alzheimer’s.

If this finding can be duplicated, it suggests that an Alzheimer’s therapy targeting beta amyloid can have a beneficial effect on cognitive abilities in people with Alzheimer’s. That would be a major step forward in the fight against Alzheimer’s. This is also encouraging to the scientific community as a whole because there is currently a considerable investment in anti-amyloid therapies by the Alzheimer’s Association, the National Institutes of Health and pharmaceutical companies. At the same time, it’s important to keep in mind that this is only one therapeutic approach of many that should be pursued.

This is the first report of the slowing of cognitive decline in people with an Alzheimer’s diagnosis using an anti-amyloid therapy. With the recent negative clinical trial results reported for anti-amyloid therapies, these reports suggest that amyloid based treatment continue to be viable therapeutic targets. These results strengthen the case for testing the drug in earlier stages of the disease – mild cognitive impairment (MCI) or pre-symptomatic Alzheimer’s – to see if the drug can prevent symptoms from a.) emerging at all or b. significantly disrupting the person’s life.

Though these results may not immediately lead to an approved treatment for Alzheimer’s, they are encouraging for two reasons. First, the company is continuing to invest in this drug through an open label extension study for all participants enrolled in the study. Second, these reports suggest that an amyloid-based treatment continues to be a viable therapeutic strategy. The company says that next steps for solanezumab have not yet been decided and will be determined after discussions with regulators. We look forward to hearing about the company’s discussions with the FDA about next steps for this drug.