Could the eyes be the window to an Alzheimer’s diagnosis? 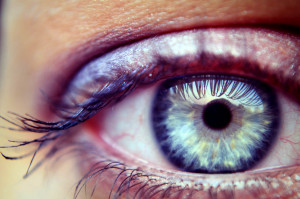 The CNN program “Sanjay Gupta, M.D.” reported this weekend on research being conducted on an “eye test” to detect beta amyloid buildup.

The background
The eyes are very close to and densely connected to the brain and thus may be similarly affected by physical changes associated with Alzheimer’s disease.

The claim
The researchers in the report hope these tests will someday assist with earlier detection of Alzheimer’s disease.

The methodology
There are at least three different mechanisms that the researchers are investigating to detect Alzheimer’s through the eye, including:

Beyond the headline
At the top of my wish list for a world with out Alzheimer’s is an easy-to-use, non-invasive, relatively inexpensive method for early detection and diagnosis of Alzheimer’s disease – and indeed the Alzheimer’s Association dedicates a lot of funding into research in this area. People generally go to the eye doctor regularly, so a simple, inexpensive procedure that could be delivered by an eye doctor and that could track changes in the eye related to Alzheimer’s would be great; Plus, Good tools already exist to visualize the structure and integrity of the blood vessels in the eye. This assessment is done now as part of a regular eye exam to screen for a variety of diseases. However, it’s important to note that, while this research shows promise, it is also very preliminary. For example, the most recent research paper published by the scientists who were interviewed by CNN included only five people with Alzheimer’s and five healthy controls. So there is a long way to go before this becomes publicly available, if ever.

The bottom line
This technology is being worked on in research studies only, and it is not available to doctors or people looking for a diagnosis for their dementia symptoms.

The story by Dr. Sanjay Gupta on CNN