Does middle age mark the beginning of cognitive decline? 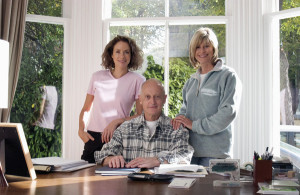 Whenever I speak to audiences about brain health, I ask, “Has anyone noticed any changes in their brain in the last decade or so?” Inevitably everyone – and I mean everyone – over age 50 raises their hands. They laugh and share examples of forgetting names, car keys, even occasionally losing a car (I’ve done all of the above). The 20- and 30-something audience members look on with a mix of disdain and pity. I always imagine them thinking “poor old people”¦”

Well it turns out that my anecdotal experience appears to match the findings of a new study. We start to experience some cognitive decline around age 45 on. In an article published last week in BMJ (British Medical Journal), researchers found that – contrary to many other studies – cognitive decline can start long before the age of 60.

Cognitive functioning starts to decline in people as early as 45 years old. Reasoning skills, for example, declined 3.6 percent over 10 years in study participants aged 45-49, with more rapid decline seen in people in their 50s and 60s.

The researchers tested the cognitive functioning of 5,200 men and 2,200 women three times over 10 years starting in 1997. The tests were designed to assess memory, vocabulary, hearing and vision

This study really calls attention to the fact that we need to understand more about the causes of cognitive decline so that we can determine prevention and treatment options that may intervene as early as possible.