Policy Watch: What your candidates need to know about Alzheimer’s legislation 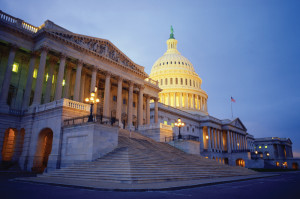 In November we will once again cast our ballots for President and Congress. What are the major policy issues that affect Alzheimer’s families? Following is a summary of legislation that needs to be on your Federal candidate’s agenda:

Synopsis: The National Alzheimer’s Project Act (NAPA), unanimously passed with full bipartisan support in Congress and signed into law by President Obama, authorized the process currently underway to develop a national Alzheimer’s plan. The Department of Health and Human Services outlined its timetable for the development of the national Alzheimer’s plan with the first draft targeted for mid-February and a final plan unveiled in late spring. View the framework here:

Ask your candidate: How will you implement the bi-partisan National Alzheimer’s Plan that is being drafted?

Synopsis: Over the next 40 years, caring for individuals with Alzheimer’s will cost the country $20 trillion – including $15 trillion to Medicare and Medicaid. Scientists believe we are at a tipping point on Alzheimer’s research. We have the ideas, the technology and the will. But we do not have a commitment from the federal government. The Alzheimer’s Breakthrough Act of 2011 (H.R. 1897) would advance breakthrough treatments for people living with Alzheimer’s by requiring a federal commitment to Alzheimer’s disease research. Specifically, the bill would:

Ask your candidate: Will you commit to more funding for Alzheimer’s research? How much would you increase it during your time in office? Will you co-sponsor this legislation?

THE HOPE FOR ALZHEIMER’S ACT

Synopsis: As many as half of the estimated 5.4 million Americans with Alzheimer’s have never received a formal diagnosis. However, an early and documented diagnosis and access to care planning services leads to improved care and vastly reduce urgent care costs for individuals with Alzheimer’s and their caregivers. The Health Outcomes, Planning, and Education (HOPE) for Alzheimer’s Act (S. 738 / H.R. 1386) would:

Ask your candidate: Will you support the Hope for Alzheimer’s Act, which improves diagnosis, care planning and medical record documentation for people and families living with Alzheimer’s disease?

For more information about Federal legislation affecting families throughout the U.S., visit www.actionalz.org.