On a personal note: Bonny and David Morley 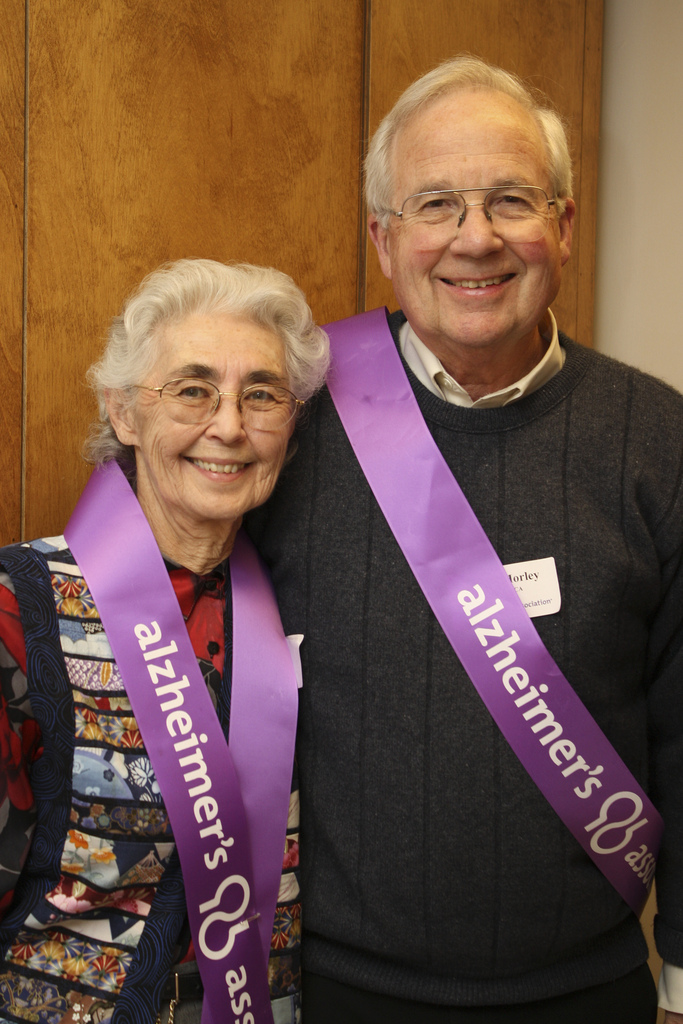 When Saratoga, Calif. resident Bonny Morley was just 16 years old, she began learning to quilt. What started as a hobby grew into a lifelong passion – she has created more than 100 quilts over her lifetime. She still spends hours stitching away every day, but the size of the quilts has become a bit smaller and she’s started making her marks using pencil instead of marker. Bonny was diagnosed with Alzheimer’s disease in 2008.

“I call them quilt-lets,” she says. “They aren’t very large and sometimes I can’t quite remember the right process. But this gives me the most pleasure.”

Bonny and her husband David have been married for 47 years. Throughout their marriage, they have enjoyed several road trips together with David at the wheel and Bonny serving as navigator.

But in July 2007 on a trip to the Pacific Northwest, David noticed something was different. They were driving on the highway when he asked Bonny which exit to take.

“She couldn’t do it,” he recalls. “She was not able to read the map. She could always do it before and then she couldn’t. It was then that I started to focus and look for more changes. One thing led to another and she was diagnosed with Alzheimer’s on Christmas Eve the following year.”

Bonny had always been very independent, first working as a school teacher and then as an interior designer. However, since the diagnosis, she has become increasingly dependent on David as she is no longer able to drive. Bonny is clearly thankful for what she calls David’s devotion.

“David is very compassionate. He doesn’t scold me even when I am scolding myself,” says Bonny. “But that is how David is with everyone and everything. He’s always willing to help everybody and makes an effort to reach out to anyone in need.”

Indeed, David is involved in several community organizations. Although the demands of caring for Bonny have grown, he makes it a priority to continue his commitments to all of them, including his church, as president of a nonprofit foundation and a member of a barbershop quartet and chorus.

“It’s a balancing act between caregiving and doing all the activities, but I get help from our two sons who live close and help as much as possible.” says David.

David and Bonny attend an Alzheimer’s Association Early Stage support group, where they are able to share stories and learn from others in their situation.

“I think the group I’m in is phenomenal – all of the people have so much information,” says Bonny. “I can listen and talk – and I like to talk a lot!”

Bonny’s willingness to talk about having the disease is part of what drove the couple to take part in Advocacy Day in Sacramento.

David also has become a resource for people in his community who have questions about memory loss in loved ones. He advises first and foremost that people seek a correct diagnosis.

“There are some things that can help if you get it early enough, and there might be other causes of memory loss so a diagnosis has to be a first step,” he says. “And if there is a diagnosis, get support. There’s so much to learn from other people – and the more you learn the more you’ll be ready to handle tough situations.”