Why I Walk: This 6th Grader is Serious About Ending Alzheimer’s

Why I Walk: This 6th grader is serious about ending Alzheimer’s 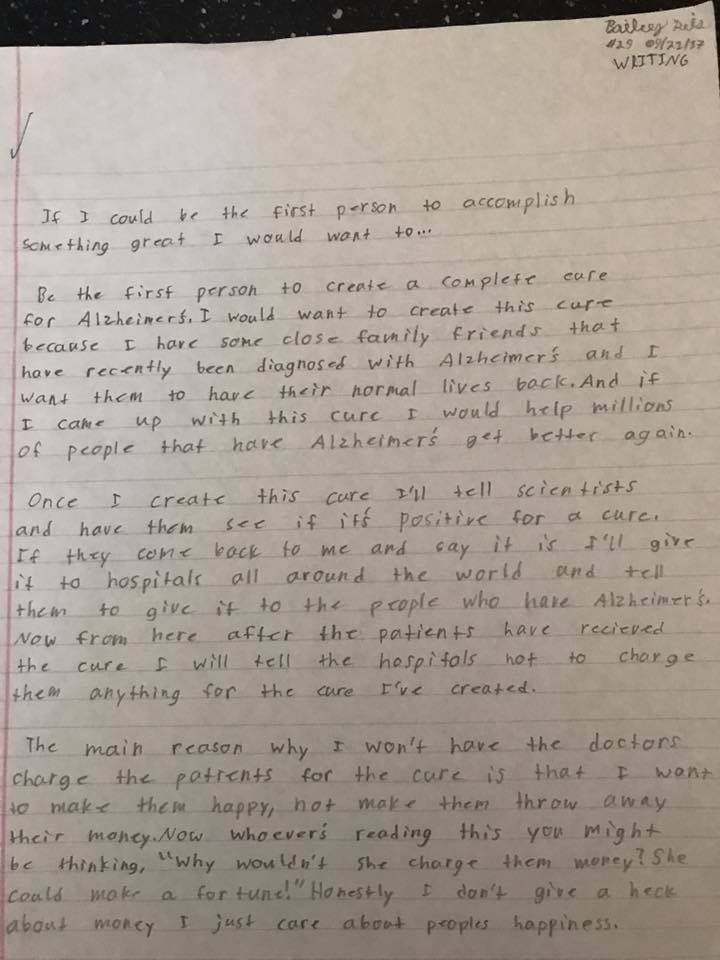 When 11-year old Bailey Reis was given a school writing assignment, she went big. She described her dream of curing Alzheimer’s disease, and in the process captured the spirit of Walk to End Alzheimer’s participants across the country.

Bailey responded with the following letter:

Once I create this cure I’ll tell scientists and have them see if it’s positive for a cure. If they come back to me and say it is I’ll give it to hospitals all around the world and tell them to give it to the people who have Alzheimer’s. Now from here after the patients have received the cure I will tell the hospitals not to charge them anything for this cure I’ve created.

The main reason I won’t have the doctors charge the patients for the cure is that I want to make them happy, not make them throw away their money. Now whoever’s reading this you might be thinking “˜Why wouldn’t she charge them money? She could make a fortune!’ Honestly I don’t give a heck about money I just care about people’s happiness.”

Bailey says she picked curing Alzheimer’s as her topic “because to me this cause is a really big thing in my life.” Bailey’s mom and aunt are family friends of Pam Montana, who was diagnosed last year with younger-onset Alzheimer’s disease. Bailey and her family walked alongside Pam in the Walk to End Alzheimer’s in Walnut Creek on October 21st. 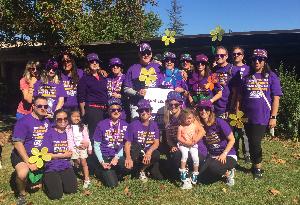 This isn’t Bailey’s first walk, and in fact she walked the Sacramento Walk just a few weekends ago. Her favorite part? “Just being there and seeing how many people want to help support the cause.”

The walk is over, but you can donate to Team Buni’s Buddies through December 31, 2017