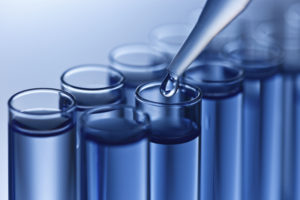 “What if there is something to the fountain of youth?” asks Tony Wyss-Coray, Professor of Neurology at Stanford University. Dr. Wyss-Coray relies on science over ancient tales, but he does believe there are factors in “young blood” that may have a rejuvenating effect on the human brain. His latest findings are being published this month in Nature, one of science’s most prestigious journals.

Dr. Wyss-Coray’s original studies focused on blood from mice. He and his team did a series of experiments showing that when you give young mouse blood to cognitively impaired older mice, you can improve their memory. Conversely, giving blood from older mice to younger, healthy mice impaired their cognitive function. It’s thought-provoking evidence that factors in mouse blood are somehow tied to aging and cognitive ability.

His newly published work takes the research one step further. Dr. Wyss-Coray’s lab has now shown for the first time that human plasma also contains factors that improve cognitive function in mice. And while science has proven over and over again that what works in mice does not necessarily work in humans, the findings nevertheless open up a path to explore new ways to treat neurodegenerative diseases such as Alzheimer’s.

“The dream would be that we can actually find fractions of plasma or components in plasma that really make a difference in people – people with Alzheimer’s disease or other illnesses,” said Dr. Wyss-Coray. “I think that would be fantastic.”

The latest experimental results point to a particular protein, TIMP2, as one of the key factors that positively impact brain function. TIMP2 might eventually be used by itself as a drug, or in combination with other drugs. But that one factor, in Dr. Wyss-Coray’s view, doesn’t tell the whole story. He thinks a combination of factors is likely to yield the best therapies, and therefore is focused on developing “plasma products”.

Plasma products can be thought of as blood that has been purified so that only the desired ingredients remain. These kinds of therapies are already in use today, to treat conditions such as hemophilia. The advantage of a plasma product over whole blood is that the active ingredients can be given in more concentrated form, and the product remains stable over longer periods of time.

Because plasma products are natural human products, they tend to be safer and therefore move more quickly through clinical trials than other types of drugs. Still, there are no shortcuts to safe and effective therapies, and Dr. Wyss-Coray warns against companies that claim “fountain of youth” therapies that haven’t undergone rigorous scientific evaluation. Currently there are no blood or plasma products that have been proven effective for Alzheimer’s or related diseases.

Stanford’s Alzheimer’s Disease and Research Center is running a small, early clinical trial of young human blood plasma in the treatment of mild to moderate Alzheimer’s disease. That trial concluded at the end of January 2017 and the principal investigator, Dr. Sharon Sha, is currently analyzing the data. The so-called PLASMA trial studied a small population, 18 patients, and will be used primarily to evaluate the safety of the approach.

For a fascinating overview of his foundational work, you can watch Dr. Wyss-Coray’s Ted Talk.

To keep informed about Alzheimer’s and dementia clinical trials in your area, sign up at alz.org/trialmatch.