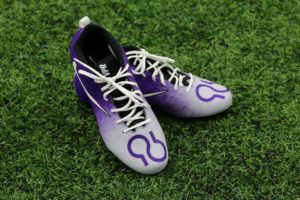 As part of the “My Cause, My Cleats”, the NFL allowed players to express their charitable commitments on their cleats, both on the field and through social media, for all Week 13 games.

More than 500 players across the league took part in the initiative. The NFL is now auctioning off the individualized cleats with all funds raised benefiting the charities the players selected. 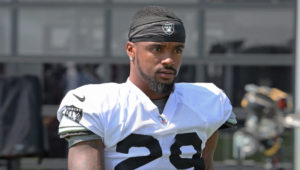 Amerson decided to support the Alzheimer’s Association because his grandmother has the disease. He says they are very close and seeing the changes in her has not been easy, “She had it for, I’d say since my third or second year in college. It’s hard going over and sometimes she doesn’t know who I am, you know? Or she might talk about me in third person like I’m not there, just stuff like that.”

Amerson was born and raised in Honolulu, Hawaii. He played college football at North Carolina State, where he was recognized as as one of the top college defensive backs in the country. He joined the Oakland Raiders in September, 2015.