Why I Walk: Patt’s Story 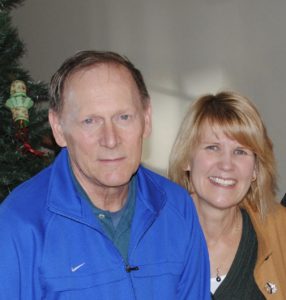 Patricia Martin is the San Jose Walk to End Alzheimer’s Mission Sub-Committee Chair. She says her responsibility is to ensure that the reasons why people Walk are forefront in their minds in the planning and execution of Walk Day. As a result of her volunteer experience, she’s met some great people and feels closer to making a difference in the fight to end Alzheimer’s.

What is your connection to Alzheimer’s disease?

My husband Bill died of Alzheimer’s in June, 2015. He had an atypical form of the disease called Primary Progressive Aphasia which he suffered with for eleven years. He was in his early fifties when the symptoms started.

How did you get involved with the Walk to End Alzheimer’s?

When I was participating in the 2014 San Jose Walk I said that I might be interested in being on the committee. I was contacted and volunteered on the Marketing Committee in 2015.

Do you have any advice for others who are in a similar situation?

My advice is to seek out help soon after the diagnosis- utilizing online resources and support groups. I waited to reach out and it would have been better to do it earlier. The Alzheimer’s Association has so much to offer in terms of information and support.

Why is it important for people to get involved in the fight to end this disease?

This disease takes a huge toll on those afflicted and their families. It’s the sixth leading cause of death in this country. It has the potential to bankrupt the Medicare system.