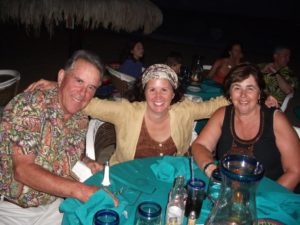 Gina Martin was raised in Fremont, CA and has been living in Washington, DC for 20 years. She founded The Bob and Diane Fund in honor of her parents’ memory, and as a tribute to their generosity and genuine compassion for others. Bob and Diane Martin, high school sweethearts, were happily married for almost 50 years. In 2006, at the age of 65, Diane was diagnosed with early onset Alzheimer’s. She passed away five years later. Bob, her loyal partner and devoted caregiver, died just three months later.

During the last year of her mother’s illness, Gina and her family joined the San Francisco Walk to End Alzheimer’s and started raising money for Team Diane. Gina says this gave her family purpose and a way to fight the disease. To date, they have raised approximately $75,000 in their mother’s name.

In addition, Gina is personally funding a $5,000 visual storytelling grant. As a daughter of Alzheimer’s, she believes that visual storytelling can be a powerful way to advocate for the increased public and private research funding needed to find a cure. Her hope is that the grant will also raise awareness about the fact that Alzheimer’s is more than just memory loss, and it takes a heavy toll on many families.

The Bob and Diane Fund grant will accept submissions beginning August 15, 2016 until October 15, 2016. The winning entry will be announced in November 2016 – Caregivers Month. Any visual storytelling projects that need support to complete, publish or exhibit would qualify. These can be intimate stories of loss, as well as those that point out the urgency of a growing medical crisis for Alzheimer’s and/or dementia. Accepted submissions are still photography, video, and multimedia””on stories about Alzheimer’s disease or dementia. Gina talks about the grant below. 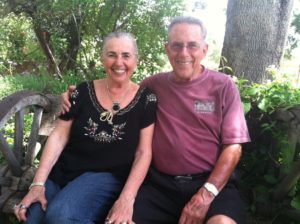 What inspired you to engage with visual storytellers and offer this grant?
Working for National Geographic for the last 17 years and being very active in the photo community, I have seen first hand how visual storytelling can inform, shape and bring awareness to important causes. Many of my friends are freelance photographers working on personal projects applying for grants and working on assignments. There are many photography grants out there – but not one dedicated to visual storytelling about Alzheimer’s and dementia. This is my way to support photographers and bring awareness to a cause that is deeply important to me.

What are you looking for in submissions?
I am very curious to see what kind of submissions we receive. Going into this, I was not sure how many photo/videographers were working on this subject – but have since been surprised at how many have reached out to me. We will obviously be looking at the level of the work, but also their proposal and what how the grant will assist them with finishing their project. I am very fortunate to have a great outreach and support in the photo community and have talented and experienced judges this year: Sarah Leen, Director of Photography, National Geographic Magazine; Chip Somodevilla, Senior Photographer, Getty Images News; MaryAnne Golon, Director of Photography, Washington Post.

Would the grant be offered again next year?
Yes, I want this fund to grow for years to come. Each year I hope to increase the amount. I will personally be giving $5k per year and hope to partner with others to increase the grant each year. This grant is to finish, publish or exhibit an existing body of work. However, I would like to give a smaller grant to an emerging photographer to begin work on this subject. I will also work to publish and exhibit our winning project in various platforms.