Hiking the Appalachian Trail on The Longest Day 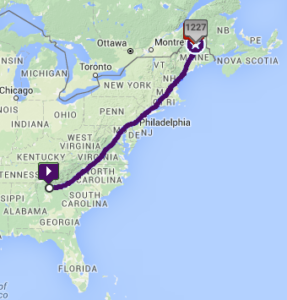 Oakland resident Doug Bonacum began his Longest Day Trail Challenge hike on March 14, 2016. He’s been hiking north on the Appalachian Trail from Georgia, and is currently in Virginia. His aim is to make Mount Katahdin in Maine by August.

Doug’s Trail Challenge team “No One Walks Alone” has raised over $24,000 for Alzheimer’s disease research and support for local families who’ve been affected by it. Alzheimer’s Association Longest Day Trail Challenge is an event to honor the strength, passion and endurance of those facing Alzheimer’s disease. Held throughout Northern California and Northern Nevada, it challenges participants to hike 16,000 steps in 16 hours on The Longest Day weekend (June 17-20, 2016). Bikers can also take on the challenge of riding 16 miles in 16 hours. Doug explains what motivated him to brave the 2,200-mile hike below. 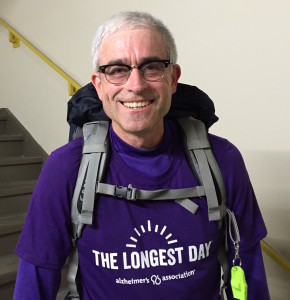 I lost my father Jim to Alzheimer’s disease in 2014. Dad grew up in Queens, New York, without a father to show him the way, but nonetheless he created a successful life for himself. He served in the Navy for three years after getting out of high school, and then he found my Mom. They had a happy marriage and a home in New Jersey, and together they raised four kids.

For most of his career Dad was a salesman for London Fog raincoats. He was also a gifted athlete and enjoyed playing pick-up basketball games, slow-pitch softball, and golf. I remember him playing baseball, basketball, and football with me, and coming to all my games to root me on.

When Dad got sick, my two sisters on the east coast were his primary caregivers until he was eventually admitted to a long-term care facility. My dad was not a boastful man, but he was a proud man – so watching his long, slow loss of independence was difficult for my three sisters and for me. We knew how much he would have hated to be fed, clothed, toileted, and cleaned. 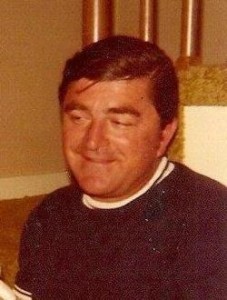 I would visit him often. In his last two years of life, when he was losing his speech, I would always greet him with “Hi Dad, it’s Doug.” When he stopped saying “I know who you are” — and then stopped saying anything at all — I knew the end was near.

I’m determined to help find a cure so that other families will be spared from this devastating disease. So on March 14, 2016, I’ll begin a 2200-mile hike on the Appalachian Trail to raise funds and awareness for Alzheimer’s.

It’s quite a journey, and my own kids can’t wait to see how I do. But I’ve been challenged before: in the summer of 1982 I cycled across America with a college friend. Back then I’d never biked more than10 miles in a single day in my entire life!

To prepare this time, I pulled from my own Navy days, “running drills” in the stairwells of the Ordway building with a 40 pound pack on my back. I ran up and down those stairs, from the 3rd floor to the 23rd floor and back”¦over and over.

I’ll start the Appalachian Trail journey from Georgia, and my goal is to make Mount Katahdin in Maine by August. On June 20, 2016 (the summer solstice), I’ll be participating in the Alzheimer’s Association’s ‘”The Longest Day.”

The Longest Day is an event to honor the strength, passion and endurance of those facing Alzheimer’s disease. From sunrise to sunset on that day, I’ll be hiking to raise awareness and funds for the care, support and research efforts of the Alzheimer’s Association.

My fundraising team name is “No One Walks Alone.” I borrowed it from a patient falls prevention program here at Kaiser with the notion being that we’re all in this together and we have each other’s back. For the families affected by Alzheimer’s, it’s what gets us through the journey.

Doug is taking the TrailChallenge for the Longest Day. Interested in starting your own team? Visit alz.org/Trail

Over the course of his 22-year career at Kaiser, he advanced patient safety across the organization, and indeed across the world. Drawing from his experience in the United States Navy submarine force, Doug created “SBAR” (Situation, Background, Assessment, Recommendation), a communication strategy and structure that is now used across Kaiser Permanente and worldwide in clinical operations to enhance situational awareness and prompt action to prevent patient harm.