On a Personal Note”¦(Shirley Randolph) 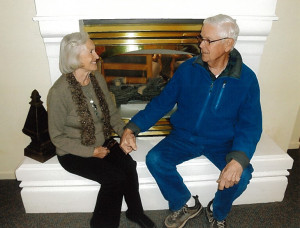 Chuck and I have been married for 62 years and have 5 children, 13 grandchildren, 6 great-grandchildren, with another 3 great-grandchildren on the way! We met in Minneapolis when we were just 17 years old. Chuck asked me to marry him when I turned 19 and because my parents were not accepting of our relationship, we eloped to Iowa to get married. My parents came around and grew to love Chuck and accepted him as their son-in-law and we later married in the church as my parents felt that was important.

Chuck worked his way up in a battery plant becoming a plant manager which took us to Florida and eventually to California. We raised 5 children and retired and spent 14 years traveling in our motorhome visiting all 5 children in different states and spending quality time with our grandchildren. 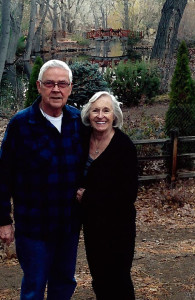 As we traveled around the US, I began to notice changes in Chuck that gave me concern.  When he would prepare the motorhome for travel, he would forget to close something up and we’d be going down the road with things flying out of the underside of the motorhome.  We saw our primary doctor in California who suggested we see a neurologist and we became connected with the Mayo Clinic.  Chuck was diagnosed with Alzheimer’s disease about 5 years ago. He became involved with a study at the Mayo Clinic for 2 years.  They were especially interested in him because he had been a boxer, even winning a Welterweight Golden Glove in 1952. We were lucky to have had the opportunity to see the same doctor as Ronald Reagan had seen for his treatment of Alzheimer’s disease.

The biggest challenge is taking care of so much now. The morning duties such as showering, shaving, and brushing his teeth are overwhelming at times. I have to make sure he doesn’t hurt himself. Cutting Chuck’s finger nails and toe nails are a big challenge!

The most rewarding part of caregiving is when I hear Chuck talk about how lucky he is to have me and that he doesn’t know what he’d do without me.  It warms my heart and makes me feel good. Our favorite thing to do is to go for a walk. We walk around Virginia Lake 3 times which is 3 miles and we feed the ducks and geese there.  Chuck likes to go for hikes and our grandson, Zack, and daughter, Sandy, take him out for hikes sometimes.  Our son-in-law, Franz, picks Chuck up and they walk dogs at the dog shelter.

My advice for families just starting out on this journey would be to get connected with the Alzheimer’s Association; they saved me. I loved the CarePro workshops and always keep in mind what I was told “” if you’re arguing, you’re never going to win. I like sharing ideas with other people who have a spouse who also has Alzheimer’s Disease.  It really helps to share information and ideas.