Why I Walk: Ashkhen’s story 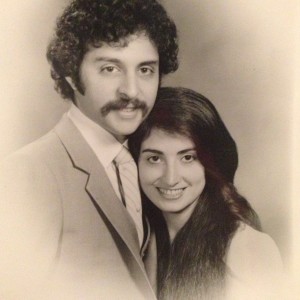 Greg had a degree in business from USC, and I was working on my AA degree when we met in San Francisco. After we got married, we both decided to pursue engineering as careers. So we moved to Fresno and attended the Fresno State School of Engineering. After graduation, we moved to LA and worked for Hughes Aircraft Company while Greg attained his masters in engineering at USC. Eventually, we moved back to Fresno – I stayed home to raise our children while Greg changed his career to teaching to be around the children.

At the age of 46, Greg suffered a Transient Ischemic Attack (TIA), also known as a “mini-stroke.” After the TIA, I noticed changes in Greg’s thinking and perception. He began showing impairment in reasoning, judgment and visual perception. By age 52, Greg’s cognitive impairment was worsening and his memory declining. He was not able to track text or distinguish between the lines on the road.

Since Greg’s mother was diagnosed with Alzheimer’s disease, we suspected he might have inherited the disease. We saw a neurologist who ordered another MRI to compare it with the original MRI. The results were inconclusive. Consequently, she contributed his symptoms to the calcification of the stroke area. But in 2010, Greg started having even more difficulties using computer, reading books, and driving. This affected his job performance. In 2012, Greg was officially diagnosed with Alzheimer disease at the age of 55. Even though we suspected it all along, it was the most devastating news for my family. 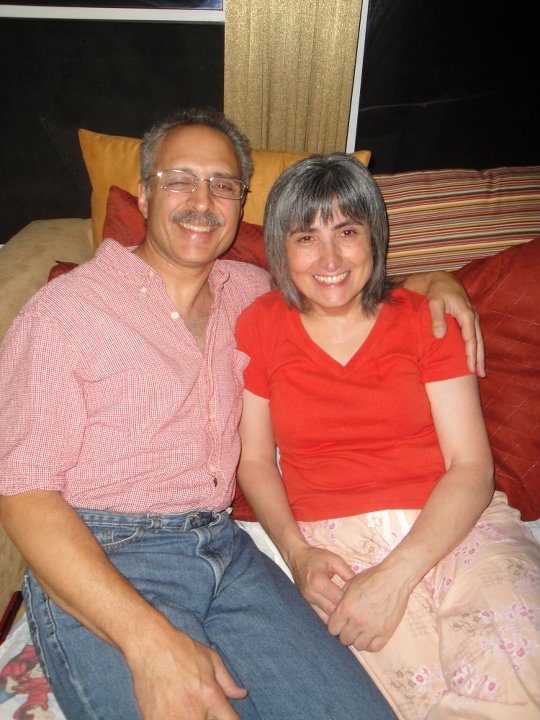 Greg’s symptoms have severely worsened since his diagnosis. He now requires constant attention. He is unable to find food in the refrigerator, forgets to eat, has difficulties putting on his shirts, is unable to follow single step instruction and is continuously disoriented/confused. He tries very hard to stay active by swimming, pulling weeds, taking the garbage out, doing his wash, etc. Most of the time he goes through the process of doing these tasks, but he doesn’t accomplish them. For example, he would put a load of wash in the washing machine, but he forgets to turn it on. Then he goes back with another load of laundry, removes the first unwashed load from the washing machine and loads it into the dryer, and places the second load into the washing machine.

Watching my husband go through Alzheimer’s disease has been the most difficult thing in my entire life. We used to talk about how we are going to celebrate our 50th wedding anniversary. Greg hasn’t remembered our anniversary or birthdays for the past five years. He also doesn’t remember kids’ birthdays. I cry like a baby whenever I listen to Kenny Chesney sing “While He Still Knows Who I Am.” I cry for my children because they are watching their father diminish right before their eyes. They have taken on the role of fatherhood for their father.

My children went through various stages of grieving. It is difficult to deny the fact that their father/my husband was physically present, but he was an empty shell. We naturally expected emotional support and understanding from him, but he was unable give it.

Greg and I completed each other, and when he began to lose his identity, memory and cognitive skills, I felt all alone with the burden of raising our four children. I started to work to supplement our income, taking over house maintenance, finances, helping Greg with his work so he made fewer mistakes, etc. I had my moments of resentments, disappointment, anger, frustration, loneliness, why me’s. But then I would feel guilty because I knew he loved us very much, and would give his life to us, but he had lost control of his brain. If I had understood Alzheimer’s disease the way I do now, I would have been better prepared financially, emotionally, and physically. I want to be the voice for people who still don’t know the devastation this disease can bring upon the person and his caregivers.

I am ashamed to admit that many, many times I wish that Greg was suffering from other illnesses instead of Alzheimer’s disease. My brother and mother passed away from cancer. In both cases, I helped care for them up to their death. It was difficult, but up to a week before their deaths, they were able to communicate with me, they knew what was going on, and they thought about their children’s future. I remember my brother planning his family’s finances during his illness. He made sure that there were people who took care of his family’s emotional, physical and financial needs. Greg is unable to carry on a conversation, discuss our future or make vital decisions.

Why tell my story now? I do not want any spouse to struggle and suffer in silence as I did for the first years of our journey with Alzheimer’s. Explaining to my four children why their father acted irrationally while I myself didn’t truly understand what he was going through was extremely difficult. To keep my husband’s dignity, I gave my children many different reasons; but no matter what I said, it did not replace their father’s actual presence.

I am happy that he recognizes me, our family and friends. I know that is not going to last long, and the light at the end of the tunnel is going to be dark sooner than I want. I also know that the funds that we raise for the Alzheimer’s Association is never going to bring my husband back to me. But I am hopeful that it will help many other people who will be affected by this deadly disease in the future.

I fear for my children’s unknown future. What if they have inherited their father’s genes? That is why my I have dedicated the rest of my life to raise awareness and funds for Alzheimer’s disease. Every dollar that I raise gives me hope that we will one day conquer this battle against Alzheimer’s.