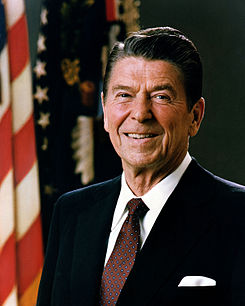 A couple of weeks ago the country celebrated the birth date of Ronald Reagan. In addition to being the former Governor of California and President, he is also probably the country’s most well-known Alzheimer’s victim. I still have a copy of the touching letter he shared with the nation on a Saturday so that it appeared in every Sunday paper across the country the next day. He wrote poignantly of the anticipated impact on his wife, and I remember thinking that we won’t again see the “great communicator” in front of the cameras that were always so kind to him.

As I followed the coverage of the birthday, I was struck by how little mention there was of his Alzheimer’s, other than a dust-up between his sons as to whether or not the symptoms were present while he was still in office (I’ve always found that people’s opinion about this issue depends largely on the politics they bring with them.)

The Alzheimer’s Association has had a mixed relationship with the Reagan family. Mrs. Reagan came forward at first, but later retreated from the cause and became instead a champion of stem cell research. We, probably naturally, hoped that she would become a very public advocate for increased research funding for Alzheimer’s, but as I’ve thought about it, I think her reaction was understandable. She wanted to protect her husband’s memory and likely she wanted to remember him as the vibrant actor on the international stage. That’s not surprising. Most of us, even though few of our father’s were not President, when our family member dies, are comforted by focusing on their younger, healthier life, rather than the period of decline and loss represented in Alzheimer’s.

An exception was Mr. Reagan’s daughter, Maureen. She stepped forward, served on our National Board and never minced her words about her father’s condition.  I met Maureen a few times, she traveled to a local event to speak for us and she was a genuine champion of our cause.

Mr. Reagan’s disclosure made a difference. Never again did we enter a Congressional office that hadn’t at least heard of the condition. I also think it made it a little easier for families to admit that they had a relative with Alzheimer’s if the Reagans could do so. And at the same time it pointed out the fundamental challenge for our work. By the time Mr. Reagan shared his diagnosis, it was too late for him to be active in the movement against it.