Why I Walk: Leah’s Story

Leah Robbie is not a typical teenager. She’s had to deal with the harsh reality of Alzheimer’s since she was just six-years-old. Today, she is wise beyond her years, and working hard to carry on her father’s legacy. Leah says she joined the San Jose Walk to End Alzheimer’s so that no other little girl has to lose her daddy to this horrible disease. Read her story below. 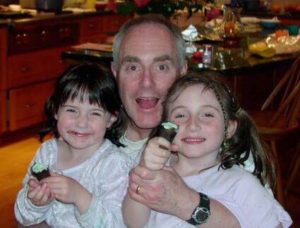 My daddy, Tom, was an extraordinary man. He had a laugh unlike anyone I have ever met, I can still hear it sometimes. This is the story of how my daddy, an incredible man, began to deteriorate before my eyes.

It all started ten years ago when my daddy, a 54-year-old emergency room doctor, was diagnosed with younger-onset Alzheimer’s disease. I didn’t understand it at the time because I was only six-years-old. To be quite honest, my sister and I thought it was awesome! It meant that our daddy got to stay at home every day with us. One of my fondest childhood memories was made possible because of his diagnosis. Three years after he was diagnosed my parents took my 11-year-old sister and I out of school a month early for summer vacation. We took off and traveled through Europe for two months. From my perspective, our content family of four was creating memories that would last a lifetime. What I didn’t know, was that this was our last extensive family vacation.

I was always a daddy’s girl. From a very young age, I was attached to his hip. We did everything together from watching movies and listening to music to going on bike rides and eating DELICIOUS meals. Delicious, that was one of his favorite words. We spent many hours on long bike rides making several stops for ice cream and then maybe a cookie and hot chocolate, it was all delicious to my dad. As his disease progressed he was no longer physically and mentally able to do the things we used to. Our bike rides became shorter to avoid getting lost, and then they stopped completely.

As his disease progressed, we began to not be able to not spend as much time together. This all started when he moved into assisted living because he could not function living in our home – your average chaotic household with young children. From the moment he moved out of our home, I realized that this disease was real and that it was only going to get worse. I visited my daddy as much as possible, but it just wasn’t the same as him standing at the door with his bright, contagious smile each day after school. 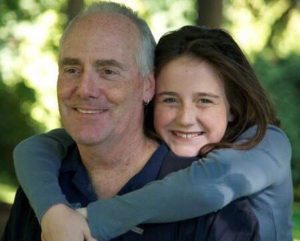 Since he was not spending as much consistent time with me, he began to sometimes not remember my name. As his disease progressed, the visits also got shorter because they were simply too painful for me. Despite the limited visiting time, my daddy and I still managed to throw a ball around or listen to a few songs. As time went on, my daddy’s illness continued to become more debilitating which made it that much more difficult for me to visit him.

It became the most challenging this past year, when he entered hospice. I had known his condition was declining, but I didn’t fully understand until one day when I got home from school, and my mom told me that he was being put on hospice. All this meant to me was he was going to die, and it was going to happen soon. During the next week and a half, I was at his bedside every waking moment. Although, I had done my best to spend as much time with my daddy in my short sixteen years, it simply felt like it was not nearly enough.

I vividly remember a Monday evening when I was sitting next to my unresponsive daddy’s bedside while watching Mrs. Doubtfire. It was just the two of us in the room, when I muted the movie, grabbed his hand and looked into his dazed eyes and said “I love you so much Daddy”. About five minutes later, after the movie was resumed, he squeezed my hand and attempted to utter the words, “I love you sweetie”. This was the last time I not only heard my daddy tell me he loved me, but also the last time I heard his voice. 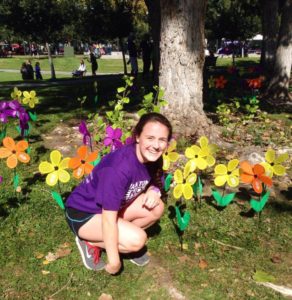 Today, almost a year after his passing and almost 11 years after his diagnosis, I am a wiser, more empathetic young woman. But, I’m scared. Despite the fact that my daddy did not carry any of the known genes that are associated with Alzheimer’s, I could still very well be diagnosed with this terrifying disease at some point in my life. As I mentioned earlier, my daddy was an emergency room doctor and I myself would like to continue in his footsteps and one day become a trauma surgeon.

So please, let us work together and defeat this horrific disease so that I can carry on my outstanding father’s legacy, and more importantly so that no other little girl has to lose her daddy to this horrible disease.