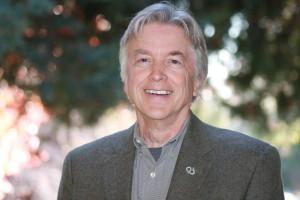 You can be forgiven if you missed this, but in January in the midst of the Federal Budget Reconciliation and the Continuing Resolution – the two bills that kept the Federal government funded – we passed the Alzheimer’s Accountability Act! It’s a big deal. In 2010 we worked to pass the National Alzheimer’s Project Act (NAPA), which lead to the first ever National Plan to address Alzheimer’s disease, which in turn lead to a little over $120 million in new funds to the National Institutes of Health’s bottom line for Alzheimer’s research.

Now comes the Accountability Act. We promoted it for over a year, signing up co-sponsors across the country. It, like NAPA, is a bill without budget impact, but a bill that gives us a place to stand to leverage our primary federal legislative goal – increasing Federal funding for Alzheimer’s science from the current $590 million to two billion dollars. This was our baby, and along with our sister organization, the Alzheimer’s Impact Movement (AIM), we – you and I – made this happen.

I’ve been meeting with Federal legislators for years and it is not un-common for them to duck by saying they don’t want to pick winners/ losers; they want the scientists to decide. The Accountability Act calls for the scientists to tell Congress annually how much it will take to develop disease modifying treatments by 2025 per the National Plan. Then it will be our job to help our legislators see the wisdom of funding that budget now to make a difference in the lives of millions while saving trillions in future health care costs. If you are one of the hundreds of people on our advocacy list, well done, YOU!

And I’m guessing if you’re reading an Alzheimer’s newsletter, you know about “Still Alice.” It is also a very big deal in our world. As I write this, Julianne Moore has won the Golden Globe and is nominated for best actress for her part as a professional woman with young onset Alzheimer’s. I heard the book’s author, neuroscientist Lisa Genova, speak recently. She talked about her Italian “Nanna” and her journey with Alzheimer’s and talked about fiction as “a way in,” providing an interesting human story about a scary topic. I like that idea. She said when she had finished the book and was looking for a publicist, many told her the topic was too depressing and people didn’t want to read about it. Now it has sold over 1.5 million copies.

We want to get to a point where we normalize this conversation. Where people are less afraid, where the condition is less stigmatized. “Still Alice” takes us several steps in that direction.