The Longest Day: My mom is awake 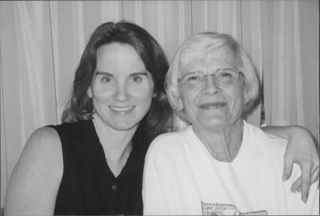 Our second blog for The Longest Day comes from Lori, a long-time volunteer and fundraiser with the Alzheimer’s Association. Lori’s mother has Alzheimer’s disease.

My mother Shirley Preuitt is at the end stages of Alzheimer’s disease after being diagnosed about eight years ago. She moved into a nursing home at the beginning of the year. She now spends her days sleeping, rarely says anything other than a one word response to a question, and only some times recognizes her own daughters.

I am with her this summer because I am taking family leave from work. Most days I sit next to her in silence, not at all sure she knows I am there. That all changed one day earlier this month. That’s when I experienced my first “alert” day with my mother. About twice a year, for no apparent reason, a normally silent, unaware woman wakes up and talks and talks and talks.

I had heard that these alert days were both taxing and stressful, but, for me, this day – although long – was nothing short of a miracle. Mom instantly recognized me when I arrived. We spent the next 13 hours chatting away. Part of the time, she not only knew I was her daughter, but that I was her daughter Lori. During other times of the day/night I was new to her, but it was during those times that she became very interested in getting to know everything about me. “How tall are you?” “Where did you go to high school?” “What does your husband do for a living?”  were asked at least a dozen times.

I think I figured out, in her mind she was herself at about age 40 before I was born. It was so good to hear her talk about her happy life. Just hearing her voice was amazing. On a normal day, you can count all her words on your fingers and toes, but on this day they spilled out. 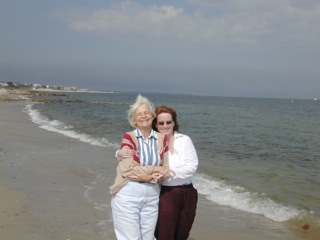 As it got later and later, I found myself thinking I should do something to make her go to sleep. All my sisters had left and I was there waiting for “the crash” when she basically collapses from exhaustion and sleeps for the next 24 hours. But then I caught myself. I thought these late minutes were like having box seats at the World Series. It was Game 7 and my team was winning. Why put her to sleep?! Enjoy it!

I stayed and we continued to talk, and I felt in no hurry to leave. When I finally said good night she said she was so glad we had met. She noted how we were the same in so many ways. She liked me! I have no idea if I will ever get to spend moments like that with my Mom again.

For the scientists and entrepreneurs out there, we have not been able to figure out what causes her brain to occasionally fire up. We’d bottle it if we could.