I woke up mean: An emotional story triggers another day of grieving

I woke up mean. I knew it the moment my eyes opened that this had the beginnings of a bad day. John was already up so I had a few moments to try and chase the dark clouds away, but eventually I realized they had settled in. I would have to get up and make the best of it. 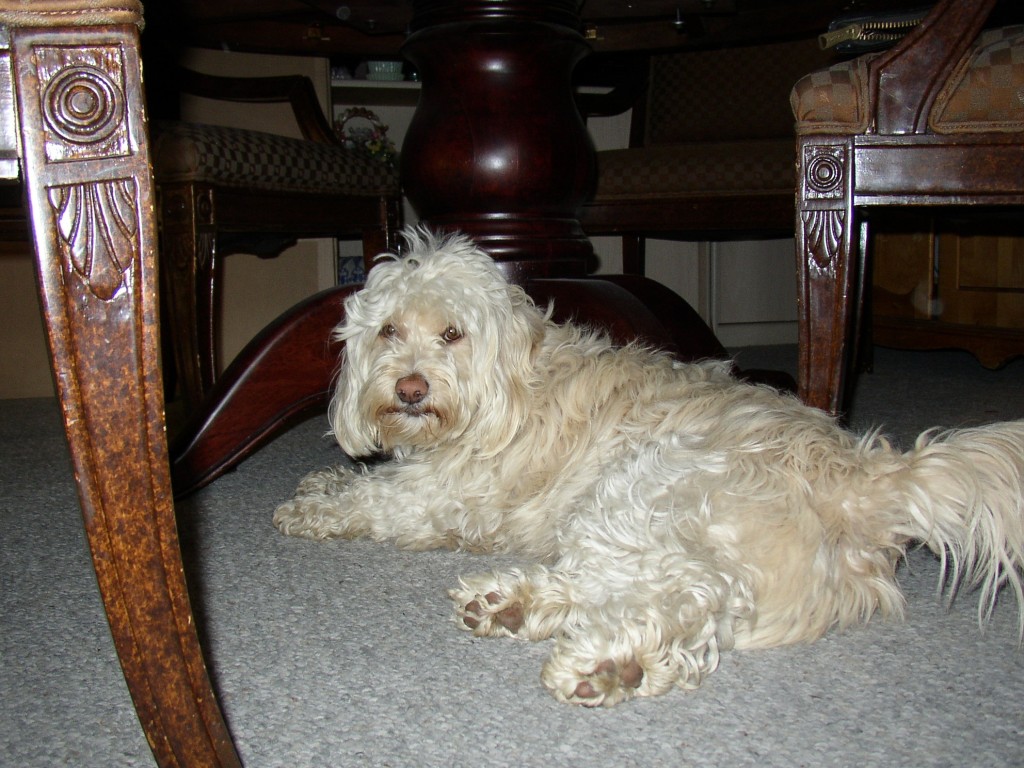 Tobey knew something was up as soon as he came scampering down the hall. I saw him put the brakes on as he decided to sit and let me come to him. Smart dog. Instead of a pat, I thought it best to just pass him by and he decided the perfect place for him was under the dining room table.

Walking into the den, I dropped myself into an arm chair and picked up the paper. Headlines screamed the economy was bad, to date local towns had more gang related murders than last year, and sadly they had found the body of a small boy grabbed from the arms of his grandmother. But I knew these events were not the main cause of my mood.

My mood was created by a brew of things uniquely mine.

I’m grieving again. It started out simply enough with a CBS Sunday Morning segment. I had settled down with a cup of coffee to enjoy one of my weekend pleasures; some time with Charles Osgood. My sister happened to be visiting and she snuggled on the couch with me. As it happened, Barry Petersen had written a book “Jan’s Story” about his wife’s early onset diagnosis. What Peterson said about the loneliness of care giving, the ongoing grieving and the shroud of sadness that sometimes settles over you struck very close to what I was feeling if not right that moment, then in the not too distant past and future. If my sister hadn’t been sitting next to me, I think I would have cried big, loud, heart wrenching sobs as I watched their story. Debbie and I later talked about why I held back my tears in front of her. I don’t have a clear answer. That will be something for another blog.

I’m exhausted. John has entered a phase where his nighttime confusion– when it happens –is intense, keeping me from getting a full night’s sleep. Logic tells me that he can’t control his panic anymore than he could determine the color of his eyes, but it leaves me feeling tired and a bit resentful. Once, after we had been asleep for a few hours he woke up certain that we were not in our house, he was adamant that I take him home RIGHT NOW. No matter how many times I pointed to familiar items, he couldn’t understand that we were in our bedroom. Desperate, I finally asked him to hold my hand while we clicked our heels together saying, I want to go home, I want to go home”¦ promising that when we woke up he would be in his bed at home. Trusting me he slipped into sleep and when he did for a magic moment I had my husband back. In sleep he is the man I know; his scent, the cadence of his breathing, the touch of his hand in mine. All still there.

Layered onto those feelings is a dawning realization that John’s condition draws strict boundaries around our lives and my work. It seems that as time goes on I am adjusting our life in ever constricting circles. Friends are limited, concerts or movies can’t be too intense, too loud or too long. Now it might be a glass of wine, not wine tasting. I knew it wouldn’t be an option for me to even apply for a recent vacancy at work. The hours were longer, the location farther and travel came with the position. Luckily I enjoy my current job, so I don’t feel bitterness just a sense that for a long while this is it. There is no room in our lives right now for more, or new, or challenging.

I woke up mean.